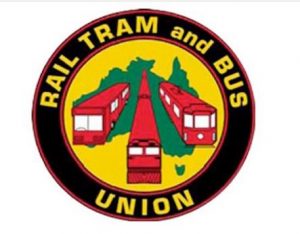 30 April 2015 -The ITF has warned the Australian government of an international trade union response to the ruling by the Fair Work Commission that the country’s largest rail freight operator could terminate 12 enterprise bargaining agreements, covering over 6, 000 workers.

The ITF executive passed a resolution in support of its affiliate, the Rail, Tram and Bus Industry Union (RTBU), condemning the FWC decision on 22 April that the move was in the ‘public interest so that Aurizon could become more competitive’.

The termination of the agreements will result in workers being forced onto basic award protections, with, says the RTBU, drivers losing 20, 000 Australian dollars in wages, the loss of 14 weeks’ maternity leave and the end of fair consultation and dispute resolution processes.

The ITF resolution claims that the FWC decision will in effect ‘reward the company with a massive advantage over its competitors and will have huge ramifications beyond the rail industry’. It questions the FWC’s role in the context of the aggressive anti-worker agenda of the Abbott government.

RTBU secretary Owen Doogan said: “If we don’t have the option of bargaining peacefully we must escalate our industrial campaign. All four rail unions are now in the process of organising ballots of their members to approve industrial action – the FWC’s decision has created a sense of unity and a determination to fight.”

ITF inland transport secretary Mac Urata commented that the ITF extended its full solidarity to the unions and would support the RTBU in its efforts to appeal against the FWC ruling in all possible national and international legal avenues.