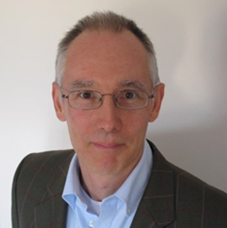 (LONDON 06 May 2015) Combating corruption and bribery in the maritime industry was the key topic of conversation at the WISTA-UK Annual General Meeting (AGM) held at Mazard LLP, Tower Bridge House in London last Thursday.

It was an insightful evening providing an ideal platform for WISTA-UK – part of the Women’s International Shipping & Trading Association (WISTA) – members to discuss how maritime companies and stakeholders can take collective action to stop corruption, achieve compliance and mitigate commercial risks.

The two guest speakers who powered the anti-bribery and anti-corruption debate were Jake Storey, Vice Chairman of the Maritime Anti-Corruption Network (MACN) and Howard Shaw, Head of Mazars Anti-Bribery and Corruption Services.

Jake Storey helped to provide a background context of how bribery and corruption are manifested in the maritime industry, the current and potential issues at hand and ways in which companies can collaborate with stakeholders to determine and alleviate the root causes.

“About 90% of world trade is transported by vessels. However, historically the maritime industry has turned a blind eye to bribery and corruption within its industry. Now key players within the supply chain are demanding greater compliance which creates a real challenge for maritime companies wanting to trade and operate globally, ” said Storey. 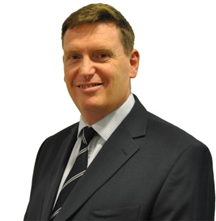 “We are hoping that as data becomes more robust, companies may be able to identify hotspots that provide intelligence and the relevant knowledge for people to develop action-orientated recommendations to tackle corruption in the area.”

According to Storey, the only way to break the vicious cycle of bribery and corruption is if maritime companies collectively stop paying but there are associated risks because this can result in delays and pushbacks.

This led neatly into Howard Shaw’s presentation on the value of companies in having an effective internal whistleblowing strategy and programme as well as building a robust anti-bribery procedure.

He spoke about how a whistle blower helped stop corruption happening at a port and how by engaging with not just the Port authorities but with central government departments to make the cultural shift needed to embedded an anti-bribery mentality.

Both presentations were followed by a strong debate and discussion on the issues. Although there were no quick solutions or answers on the night, it did stimulate a number of ideas to be developed and debated at future WISTA-UK events.

Women’s International Shipping & Trading Association (WISTA) is an international organisation for women in management positions involved in the maritime transportation business and related trades worldwide. It is a major player in attracting more women to the industry and in supporting women in management positions. With networking, education and mentoring in focus, WISTA seeks to enhance members’ competence and empower career success.

WISTA is growing and currently counts over 1.600 individual members in 34 National WISTA Associations. WISTA-UK was founded in 1974 and is the oldest of the WISTA National associations.