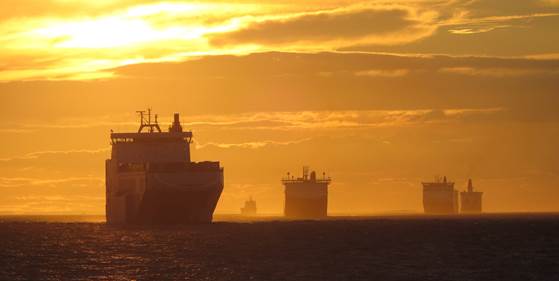 ABP is supporting the Maritime and Coastguard Agency’s (MCA) initiative for Victory in Europe Day by encouraging vessels to sound their horns in honour of the 70 year anniversary of the end of the Second World War.

Harbourmasters at all of ABP’s network of 21 British ports have issued a notice to mariners for ships berthed, anchored or moored within their harbours requesting they join a commemorative sound at 1500hrs on 8 May 2015.

The MCA has encouraged vessels in harbours to sound a single blast of 5 to 10 seconds duration on the ships’ whistle, subject to local harbour authority’s approval.

It was at 1500hrs on 8 May 1945 that Winston Churchill formally announced ‘Victory in Europe’ to the British public.

James Cooper, ABP Chief Executive said: “Ports played a vital role in delivering victory in the Second World War, forming a vital part of the military supply chain, just as they do for business in peacetime.

“As a result many became targets and endured repeated bombing raids. So, it is fitting that they should join in the VE day celebrations.”

ABP is the UK‘s leading port operator, with a network of 21 ports across England, Scotland and Wales.

Our five year investment programme is worth £837 million. Our investment is designed to respond to the needs of our customers whose business relies on our ports for access to international and, in some cases, domestic markets.