MOAS says SARS should help beyond their shores 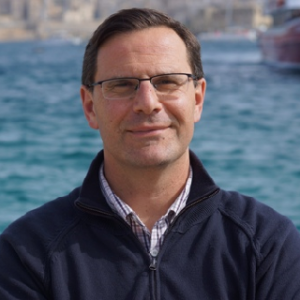 Maritime Search and Rescue nations should help beyond their own shores

Bremerhaven, Tuesday, June 2. Maritime search and rescue services should be less localised in their approach to saving lives at sea and look beyond their own shores in an effort to prevent drowning, according to search and rescue charity MOAS, the Migrant Offshore Aid Station.

MOAS, which depends on donations from the public (www.moas.eu/donate), operates on the premise that nobody deserves to die at sea, he said.

MOAS, which has just been approved as a full member of the IMRF by its Trustees, has already rescued 1441 migrants in the Mediterranean this year, in addition to the 3, 000 people saved in 2014.

Martin spoke about the importance of drones to MOAS, explaining that they can range up to 80 nautical miles across a possible 900 square nautical miles of sea, flying at a height of 600 feet and send vital images back to rescue co-ordination centres.

“These are top of the range drones, also used by the military, ” he said. “Of the 500, 000 euros spent on the operation each month they take up to 50 per cent of the cost but they are the future of search and rescue and have already played a large part in five of the rescues we have undertaken this year.”

“We wanted to do something beyond search and rescue and focus on the post rescue assistance. Sometimes we have people on board for up to 48 hours and we need to clothe, feed and, in some instances, provide medical assistance, ” he explained, adding that the boat had a fully equipped clinic.

Last year MOAS was fully funded by its founders Chris and Regina Catrambone but since then, as Martin explained, the charity had been out telling its story which had led to fruitful partnerships and voluntary contributions.

The 250 delegates from 38 countries at the WMRC also heard that MOAS will operate from May to October this year.

Presentations from the conference will be accessible at http://www.international-maritime-rescue.org/index.php/list-of-presenters/presentations-downloads-download at the end of this week.

The World Maritime Rescue Congress is held by the IMRF every 4 years with this year’s event in Bremerhaven Germany 1-4 June. With over 350 delegates and an international Trade Exhibition it is one of the largest international maritime SAR conferences.

Collin She, Bunker and Lubricant Trader, joins Glander at the Singapore office

Equivalency pivotal issue in debate over future of...