In the Greek Crisis the Time of Truth 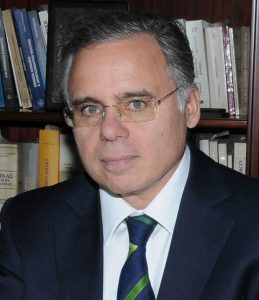 “Austerity is a short to medium – term economic remedy for the restoration of fiscal discipline and control when and where this has receded. Long – term austerity measures however, stagnate growth and prolong recession. In the medium to long term an economy has to switch from recession (contraction) to growth (expansion) and this can be attained only by decisive structural and economic reforms.

This is profound in the case of Greece where increasingly heavier taxation and economic despair precipitated by little or none administrative and economic reform decelerates the recoup of fiscal revenue and destabilizes hard earned control of public spending. Concurrently the Greek public and the Greek economy cannot endure more taxes and wage and pension cuts, especially of the kind which are imposed flat.

Greece needs economic horizon and this can rise only by state and structural (including labor) measures aiming to render the Greek administration more effective, efficient and impartial. Especially in the areas of health, education, pension and welfare Greek public services have to become more effective and efficient particularly towards beneficiaries who need and deserve them the most such as the weak, the poor and the unemployed of the private sector.

Such measures will make the economy more competitive, more productive and more liberal. Concurrently visionary and determined fiscal, financial and investment initiatives can decisively shift the gravity center of the Greek economy from the public state sector to the private business sector – especially the independent.

**John A. Economides is an attorney in Greece – partner in the law firm Aristides Economides & Co in Athens. In the late ‘80s he launched an initiative together with other young shipping professionals for the establishment of Hellenic Shipmanagement Principles. In addition to the shipping law practice he engages in philosophy. He is author of the comprehensive philosophical treatise published in Greek 2010 under the title “The Theory of Cosmos” and in English 2012 under the title “The Universe of Interactions”.

The Shipping Markets: 1, 400 points needed for the BDI to make you smile…