The Shipping Markets: 1, 400 points needed for the BDI to make you smile…

Our twenty-third weekly recapitulation of the shipping markets, their respective main indices and world geopolitics affecting same in 2015 and beyond, today Friday the 5th of June 2015, with John Faraclas of AllAboutShipping in London.

An overall “upwards” dry market… We shall see…

George Moundreas & Co S.A reflects in one word the situation: ” EconoPolitics” in the latest report SnP 03 06 2015, and that we might see an improvement towards the Q3 and Q4 period this year.

Allied on its 02 06 2015 report regards the scrapping activity and reshuffling in the newbuilding delivery program intensifies and assists in helping hold back the growth rate of the fleet . Will the rate of new contracting have counter effects? We shall see…

Next week we shall bring you views from UK broking houses in an effort to have a broader view from all sides..

As for the Geopolitics, same continue in a total mess, far worse than last week: 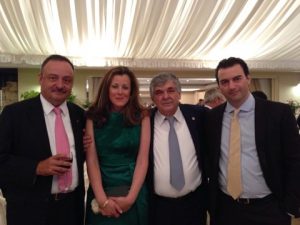 As you read these lines, the Bureau Veritas Reception is at full swing at the Ekali Club, north of Athens! In the unique environment of one of Greece’s best venues, the Greek team of Bureau Veritas entertained over 800 guests from all sectors of the maritime world – shipowners, bankers, shipbrokers, marine insurers, shipyard executives, lawyers, seafarers, marine consultants, shipmanagers, the media and others, with simplicity and style. An excellent buffet, lovely drinks and networking until late around the pool, made it more memorable; well done to all. Who wasn’t there! 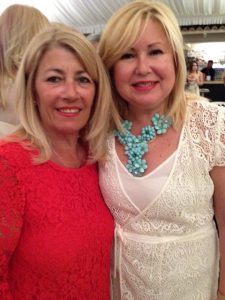 After the successful AGM in Chios island two weeks ago, it seems Bureau Veritas’ marketing department leads the way to success as business is on the increase despite fierce competition! It is these social business shipping events which continue to raise the moral, not only of the Greeks, but all in the shipping industry given one of the worse shipping crisis.

Earlier on today, and as you have might possibly seen in other reporting in the site,  in the Far East, the Greek Shipping Day III was held in Nanjing; thanks to DNV GL and the Greek/Chinese society there, the success was more than great; important too…

One has to observe and value the fact that ever since the days of  chairman Mao Zedong, the Greek-Chinese relationships in most fronts, particularly in shipping, have risen ten-fold! It is time though for more mutual benefit if one wants this relationship to go further, given what takes place in the world today and geopolitics being the name of the game! Going a bit …backwards, one has to remember the flourishing Greek Community  there as well as in the entire Far East (1800 – 1960)… 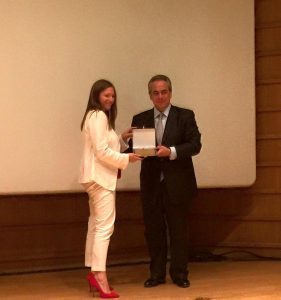 and finally, Danae D. Bezantakos clinched yet another award for her involvement, achievements and furthering as a woman the shipping business to all intents and purposes, despite the fact that there are some morons down-town in Athens Constitution Square/Parliament, wanting to destroy our champions business and world  acclaimed shipping success! Have you read the Greek newspapers today? Shame!

After suggesting Chios and Samos Islands in the Eastern Aegean, do  visit  the Saronic Gulf ones, starting from Spetsae, Greece’s Belle Époque Island!

You can also view the live video here below:

In the Greek Crisis the Time of Truth