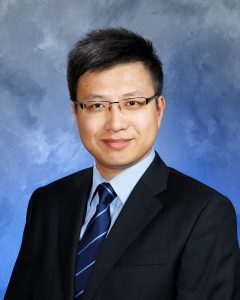 A student of maritime law, who was “mystified” when his professor suggested he pursue the discipline of average adjusting as a career option, has gone on to achieve the sector’s highest accolade by qualifying as a Fellow of the Association of Average Adjusters.

Matthew Cao has now passed all the six modules of the highly demanding Association examinations, and proudly received his certificate in London at the Association’s annual meeting from the 2014/2015 chairman, Paul Rowland, who extolled Mr Cao’s “magnificent achievement.” Mr Rowland’s remarks were endorsed by his successor, the 2015/16 chairman, Andrew Paton. The Fellowship exam modules each have a minimum pass mark of 75%.

It was one of the Association’s best years for exam results, with 18 candidates qualifying in the March 2015 sittings as Associate members by satisfying the examiners in the modules covering the Marine Insurance Act 1906 and related insurance principles and hull and cargo claims. Together with candidates who achieved passes level in the October 2014 sittings, the Association now lists a record 150 Associates.

Mr Cao works in the Hong Kong office of the major adjusting firm Richards Hogg Lindley. He recalled how he took up the profession by chance: “I studied a shipping-related major and achieved a bachelor degree in Hong Kong. By coincidence, I was introduced by my university professor to average adjusting which was a mystery to me.”

“After a little research on the internet, I felt that the profession seemed to be in line with my interests as it looked very challenging. Each individual case one encounters may develop and become very complex, and to get the job done one requires all-round knowledge in shipping and insurance. I therefore believe that the profession is a much-needed one for the shipping and insurance communities.”

In particular, said Mr Cao, “I believe for China, and indeed for Asia generally, there is a need for more young people who are talented to build careers in average adjusting. The profession is not a ‘dying business’ [as some critics contended until a few years ago] but has a prosperous outlook. Whilst it is appreciated that under certain commercial considerations direct settlements [in relation to the costs of mitigating the impact of marine casualties] may be preferred by underwriters and assureds in some circumstances, average adjusters are always the impartial problem solvers and mediators who will assist underwriters and assureds to expedite amicable settlements.”

Mr Cao added: “There are so many variables in actual cases, and one can learn a lot from practical cases even if qualifications are achieved through examinations. To become a competent average adjuster, it is absolutely imperative to learn sound principles from the relevant authorities first; however, in order to apply the principles correctly in real cases and to become adaptable in problem solving, it requires a number years of related experience.”

Since joining Richards Hogg Lindley, Hong Kong, as a trainee average adjuster in 2006, after achieving a bachelor’s degree with honours in International Shipping and Transport Logistics from Hong Kong Polytechnic University, Mr Cao has been involved in almost all aspects of average adjusting including cases of total loss, general average, particular average, salvage, collision liabilities and loss of hire.  He completed secondments to the group’s Taipei and London offices in 2011 and 2014. He is a native Putonghua speaker and speaks fluent English and Cantonese.

Mr Rowland praised the work of David Pannell, convener of the examining committee, and other colleagues all of whom spent long hours setting and marking papers.-

Note to editors: The Association of Average Adjusters promotes professional principles in the adjustment of marine claims, uniformity of adjusting practice, and the maintenance of high standards of professional conduct. Irrespective of the identity of the instructing party, the average adjuster is bound to act in an impartial and independent manner. The Association plays an important part in London insurance market committees and has strong relationships with international associations and insurance markets.

Midlands-based Freight MD Jenny Hooper is Leader of the Year