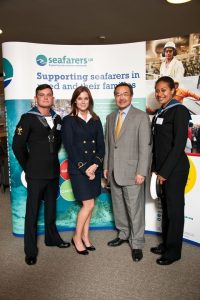 Last week saw a surge of activities around the UK during Seafarers Awareness Week; combining many events and media opportunities, with participants working together to raise the profile of seafaring and maritime jobs to the public -particularly young people, parents and educators.

With the theme ‘Opportunities to Work at Sea’, this year’s event aimed to not only raise awareness of Britain’s dependence on seafarers, but also to highlight the many career possibilities the maritime world offers young people.

Keeping up the Q&A theme, the Seafarers Awareness Week team interviewed a wide range of people about their careers and thoughts on opportunities to work at sea, all of whom provided a fascinating insight into their maritime journeys. Who would have thought that the Royal Navy’s First Sea Lord, Admiral Sir George Zambellas, started as an apprentice?!

Supporters were also encouraged to create news stories on their websites, getting local press and radio coverage of activities and celebrations. Working with careers publications and websites, the Seafarers UK infographic (http://bit.ly/1BQntd5) was also shared by Jobsite and other career sites, reaching a far wider audience than ever before. 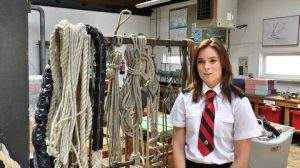 abseils and dinners – with the climax of the week being the International Day of the Seafarer on 25th June.

On 25th June, Seafarers UK held a reception, kindly sponsored by Inmarsat Global, at the International Maritime Organization’s HQin London, as the highlight of the Seafarers Awareness Week activities. Attended by Koji Sekimizu, IMO Secretary-General, the event attracted over 150 top industry guests, who experienced the launch of a series of specially commissioned short films, which follow the early training experiences of several young people at sea (http://bit.ly/1LxM3Sh).
This was followed bythe unveiling of the Seavision Career Navigator portal, a new website designed to host career information and guidance for those seeking the whole picture of maritime job opportunities at sea and ashore.

Commenting on the reception and the success of the week, Nick Harvey, Campaigns Manager at Seafarers UK, said: ‘Promoting maritime job opportunities proved to be a very popular theme this year, with widespread support forthcoming from partner and supporter organisations who made the most of the opportunity Seafarers Awareness Week provides to reach a huge audience, especially via social media. Our reception on 25th June was a great launch pad for our five new films of young people embarking on their careers at sea, and the IMO’s HQ was the perfect venue to preview Seavision’s exciting new web portal that looks set to be a great success.’