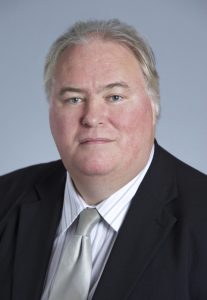 A sweeping global reform of tax systems is under way and will have profound implications for the insurance industry, the International Underwriting Association has warned.

Responding to public concerns about tax evasion, the G20 major economies have ordered a major shift towards greater cooperation between tax authorities. This work is being led by the Organisation for Economic Co-operation and Development (OECD) and coincides with a number of individual country initiatives aimed at making corporate profits and taxes more transparent.

“In recent months the IUA has received numerous consultation documents containing proposals for reform and many more are expected, ” said Nick Lowe, the association’s Director of Government Affairs. “Tax avoidance is clearly in the spotlight and it appears that automatic exchange of information among different tax jurisdictions is set to become normal practice.

“International insurers and reinsurers need to be aware of these changes and participate in the work being undertaken by the industry to ensure that any new rules are fair and equitable.”

PwC’s recent Annual Global CEO Survey showed nearly two thirds of chief executives identifying an increasing tax burden as a threat to their growth prospects. But just one third of tax directors have formulated a plan to adapt their resources to address the future shape of tax function

Both the UK and Australia have already passed diverted profits taxation legislation while the European Commission has released an EU Action Plan for Fair and Efficient Corporate Taxation.

Meanwhile, the US has passed the Foreign Account Tax Compliance Act and the OECD’s Common Reporting Standard (CRS) will require financial institutions to provide tax authorities with greater access to tax payment data. The CRS will start to come into effect in Europe on January 1, 2016 with rollout elsewhere to follow later.

The IUA’s Direct Tax Working Group has been monitoring these developments and representing the interests of the London company market. It has warned against excessive complexity in new legislation and the danger of creating an undue compliance burden that discourages investment.

Mr Lowe commented: “Requirements to provide information should be proportionate and should not deter companies from conducting new business. There also needs to be a clear distinction between tax ‘abuse’ and tax ‘avoidance’ which is planning within relevant legal parameters.

“Much important work remains to be done. The IUA’s Direct Tax Working Group has a busy agenda and I would recommend that London Market companies nominate CFOs and tax experts to participate in this activity.

The IUA hosted a market briefing event on June 22 to discuss the implications of the emerging new worldwide tax systems. Further events are also planned.