America’s Cup and ISAF to invest in youth sailing 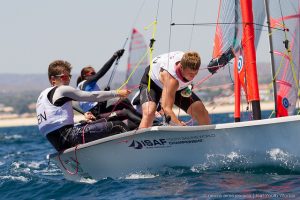 ISAF CEO Peter Sowrey said,  “ISAF is pleased to continue its association with this great event, and as always we will look forward to watching the teams battle to win the oldest trophy in international sport.

“A real positive to come out of our relationship is the shared desire to invest the sanction fee into something that both ISAF and the America’s Cup believe strongly in: the next generation.”

“All of our teams wanted to contribute to the growth of our sport at grass roots level, ” said Regatta Director Iain Murray,  “so it was critical for us that the sanction fee should be wholly re-invested in youth development initiatives – both locally in Bermuda, the home of the 35th America’s Cup, and internationally across the global sailing community.

“This is good for everybody: having ISAF officials and rules for the America’s Cup helps to ensure a fair competition for the competitors.  And investing in the next generation means we can do more than inspire kids to start sailing; we can actually contribute to making it happen.”

About the America’s Cup

The America’s Cup is the oldest trophy in international sport, dating to 1851, when the schooner America, for which the trophy is named, beat the best of the British fleet in a race around the Isle of Wight. The trophy won on that day was donated in trust through a Deed of Gift and has since become an iconic symbol of achievement.

The America’s Cup is currently held by the Golden Gate Yacht Club in San Francisco. On September 25, 2013, its team, ORACLE TEAM USA, completed the biggest comeback in sports to retain the trophy it had first won in 2010.

The America’s Cup is also proud to be supported by our Global Partners BMW, Bremont and ORACLE, and our Official Partner Gosling’s, as well as: Appleby, BF&M, Butterfield, Butterfield & Vallis, Moët & Chandon, PwC and Sail Racing.