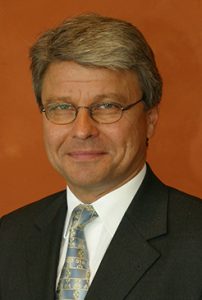 “Overall, DVB considers Group developments during the first half of 2015 to be stable and satisfactory. The consolidated net income achieved is characterised by five factors:

We remain cautiously optimistic for the development of DVB’s operating business in Transport Finance during the second half of the year. After all, experience shows that we are usually able to increase profit contributions from our financing and advisory business with the international transport sector during the second half of the year. Risk costs will remain at the levels seen in previous years for the time being, due to the prevailing difficult situation in some shipping segments.

The individual items of the half-yearly financial statements developed as follows:

Results from investments in companies accounting for using the equity method increased from EUR0.3 million to EUR3.1 million.

Net other operating income/expenses amounted to -EUR36.8 million (previous year: EUR2.3 million). Other operating expenses was burdened by a non-recurring effect: an unscheduled write-down of a claim for damages in the amount of EUR36.4 million which had to be recognised as a result of a final arbitration ruling issued by the London Court of International Arbitration with regard to DVB’s consolidated subsidiary Dalian Deepwater Developer Ltd, St Helier, Jersey, British Channel Islands.

Consolidated net income before bank levy, BVR, and taxes improved by 28.2%, to EUR58.2 million (previous year: EUR45.4 million). Expected bank levy charges of EUR10.3 million (2014: actual bank levy of EUR3.6 million) as well as EUR4.6 million in expenses for the Deposit Guarantee Scheme of the National Association of German Co-operative Banks (2014: EUR4.4 million in expenses for the BVR Deposit Guarantee Scheme) already needed to be deducted at the beginning of the year.

DVB’s consolidated total assets increased to EUR25.4 billion as at 30 June 2015, up 3.7% from the 2014 year-end (31 December 2014: EUR24.5 billion) mainly due to currency translation effects. DVB’s nominal volume of customer lending (the aggregate of loans and advances to customers, guarantees and indemnities, irrevocable loan commitments, and derivatives) increased by 8.6%, also reflecting currency translation effects, to EUR25.3 billion. In US dollar terms, it was unchanged, at US$28.3 billion.

The alarming Migrants saga continues worse than ever before…