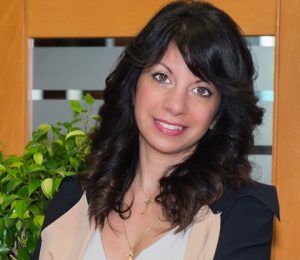 The chief focus in Dorothea’s new role is to coordinate business development efforts across all
regions of the world, fostering current relationships and generating new initiatives for the
American Club and its Eagle Ocean Marine (EOM) fixed premium facility.

Notably, this promotion makes Dorothea the first woman in the history of the American Club and its Managers, Shipowners Claims Bureau Inc., to occupy such a top level global executive role and she will continue to fulfill her new duties from the Piraeus Office. Dorothea also stands on the Executive Committee of the NY Management Company, SCB Inc., making her the first woman
member of the committee.

Exhaustingly passionate about her job, Dorothea brings a wealth of experience to her new role as
she has handled, advised on and directed the management of all types of maritime claims relating
to P&I/FD&D, Strike, LOH and H&M insurance policies during her extensive career in marine
insurance.

Dorothea is a lawyer, admitted to practice in the state of New York and began her employment
with the Managers of the Club with SCB (Hellas) Inc., the Piraeus Claims Liaison Office, as a
Claims Executive when the office was founded in 2005. She became the Deputy Claims Manager
in 2008 and in December 2009, she was promoted to the position of Managing Director, and later
took on the role of Business Development Director for the Europe/Middle East/ Africa region, a
role that she will continue to maintain.
The President and COO of SCB Inc., Vincent J. Solarino, said that “Dorothea’s proven professional
skills, business acumen, personality and market presence will consolidate the business
development efforts globally, foster existing business relationships and establish new business for
the American Club and Eagle Ocean Marine across all regions. We fully expect the same success
that Dorothea has demonstrated in her past and present positions.”

Dorothea Ioannou said that “it has been an amazing journey with the Managers of the American
P&I Club working with the European market and leading such an excellent claims team for the
region and this now new role on a global level could not be more exciting. The best is yet to
come!”

The Club is a member of the International Group of P&I Clubs, which provide Protection and
Indemnity insurance for some 90% of all world shipping.
Traditional P&I such as that offered by the American Club distinguishes itself from ordinary forms
of marine insurance by being based on the not-for-profit principle of mutuality where Members of
the Club are both the insurers and the assureds.

The American Club has been successful in recent years in building a truly international insurer
with a global reach second-to-none in the industry.

In addition to New York, the Club’s Managers, Shipowners Claims Bureau, Inc., have operations in
London, Piraeus, Shanghai and Hong Kong. The Club’s presence in Greece reflects the great
importance of its local membership. The Club is honored to serve this dynamic and highly
influential sector of world shipping.
www.american-club.com

The Isle of Man is Nautical by nature