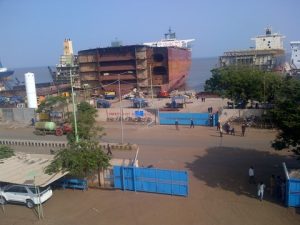 This confirms that the yards – Kalthia and Priya Blue Industries – comply with the technical standards of Hong Kong International Convention for the Safe and Environmentally Sound Recycling of Ships. Both facilities are located in Alang, Gujarat, India, and are the first ship recyclers in South Asia to gain such recognition.

GMS has long been a supporter of recycling yards in Alang and was instrumental in organising a 14-strong Japanese industry and government delegation visit to India earlier in the year so that officials could see for themselves the improvements being made by some of the more forward-thinking ship recycling yards.

A separate visit, also organised by GMS, hosted a delegation from the Danish Shipping Association (DSA) to witness those improved yards. The visit helped the DSA make the important distinction between yards that use beaching and comply with the Hong Kong Convention on Ship Recycling and those that do not.

Dr Anil Sharma founder and CEO of GMS said: “I am so pleased that both these yards have finally won Hong Kong Convention status. This really does prove beyond doubt that not all beaching is bad. GMS has argued that declaring blanket bans on beaching without viewing individual upgraded sites is short-sighted and these Statements of Compliance really do vindicate our position.

“This news will have a positive effect by encouraging other yards in Alang and the rest of the Asian sub-continent to follow suit and upgrade their facilities to achieve similar recognition.”