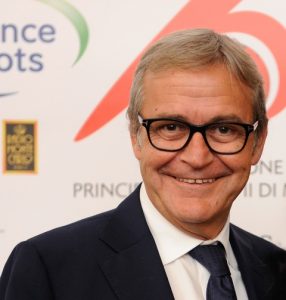 Cambiaso & Risso Group, founded in Genoa in 1946, is one of the main international companies offering tailor-made shipping and logistics agency services to the maritime, cruising and yachting industries. Cambiaso & Risso has signed a partnership agreement with Fendercare Marine (part of James Fisher and Sons plc, listed on the London Stock Exchange) for Ship-to-Ship operations of liquid bulk cargoes in the port of Augusta (Sicily).

Because of this agreement, Cambiaso & Risso will manage the logistics related to the technical-nautical and port services, subsidiary to transhipment operations, both inside and outside of the port. The agreement also includes the creation of a specific structure in the seaport, designed in storing the necessary equipment and materials during the ship to ship operations.

Augusta is the biggest natural port in the Southern Mediterranean, and, due to its central position at the heart of international shipping routes, has been included by the European Union among the strategic ones in the TEN-T network. Given its natural geographical shape, Augusta roadstead benefits from favourable weather conditions even during the winter, making it a perfect stopover to carry out special operations such as those from ship to ship.

“We are proud and honoured that such an important company has chosen us to be their partner. We hope this partnership will be the beginning of a fruitful cooperation for future initiatives” – stated Giovanni Paolo Risso, President and Managing Director of Cambiaso&Risso International.

Fendercare Marine,  (www.fendercare.com)  since its inception in 1988, has rapidly expanded to become one of the world’s foremost suppliers of marine products and services. In 2005, Fendercare Marine became a part of James Fisher and Sons plc, a leading provider of marine services with extensive experience in the marine and offshore industries worldwide.  In addition to having regional hubs in the UK, the UAE, Singapore, Brazil, India, Australia, West Africa and China, the company has also established over 50 operational bases worldwide to support our position as the leading provider of third party Ship-to-Ship transfer services to the hydrocarbon and bulk transportation markets.

MEPC 69 is crucial landmark for IMO…