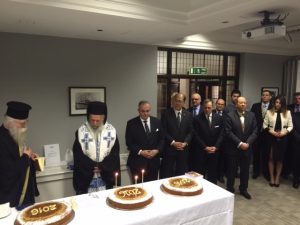 Blessing the four Vassilopittas His Eminence gave his wish for good health and continuous success and development of the GSCC members and all present there, as well as for the heads of States and governments of the United Kingdom and Greece. Many followed the Archbishop’s initiation and sang the day’s and event’s psalms; a great chorus! 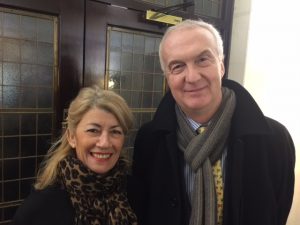 One of the first to arrive was Lloyd’s Register Marine Manager Tom Boardley and Anny Zade from allaboutshipping.co. uk

The Chairman focused on the contribution of seafarers to the shipping adventure and support to Greece’s ailing economy, the tax regimes like last year, but pleased to announce and endorse the latest reply by the UGS (Union of Greek Shipowners) in Athens against the decision of the European Commission on Tax issues and Greek Shipping, coinciding with the Union’s Centenary, the adverse situation in the shipping markets including that of ship finance, the situation in Greece following one year under  Greece’s new regime and the suffering of the Greek people, the Migrants Saga and other developments in the Shipping Industry. 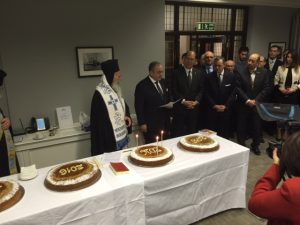 The Chairman of GSCC Harry J. Fafalios delivering his speech

Good for all to hear that despite the prolonged crisis, the Greek fleet and its shipowners continue to maintain their lead; a powerful message for Greece’s government and  all parliamentarians He also paid tribute to Sylvana James, the former secretary at GSCC’s administration who passed away last summer having served at the Committee for nearly 38 years!  He was warmly applauded by the members and guests! The Committee has recently celebrated its 80th Anniversary (1935 -2015) 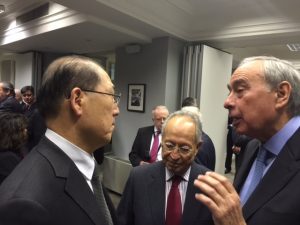 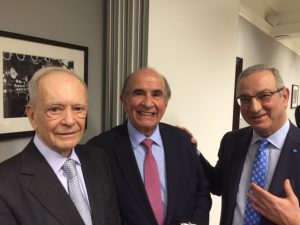 Thimio E. Mitropoulos, former Secretary-General Emeritus of the IMO and now at Maria Tsakos’ Foundation was there, as well as the newly elected Secretary-General Kitack Lim having interesting discussions with the towering Simon P. Palios the CEO of Diana Shipping Inc and Diana Containerships, two of Greece’s most successful listed companies in New York’s NYSE and NASDAQ Exchanges respectively! 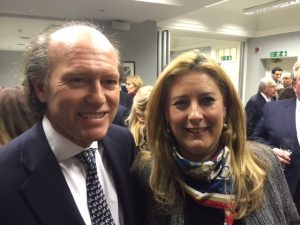 Andreas A. Tsavliris and Aggeliki Koutoulia

Also attending the event was the former Union of Greece’s Shipowners president John Ghikas Goumas, a very interesting and down to earth person to talk with, banker Aggeliki Koutoulia from Commerzbank in Luxembourg escorted by her son Dimosthenis Zahariou, a student at Paris’ University, Faculty of Engineering and a prospective shipping man… and as always Hugo Wynn-Williams of the UK Club! 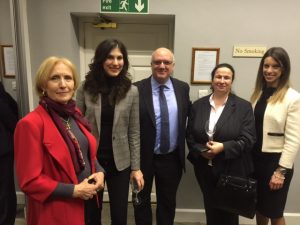 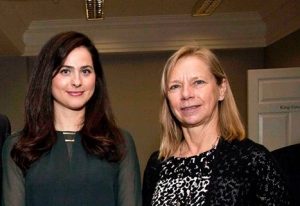 Alexander Kedros and Alexios Scopelitis from Southern Shipping and Finance; former GSCC Chairman Pandi Empirikos from Empirikos in London, Spyros Polemis and his son Leonidas from Remi Maritime in Piraeus, John Tsatsas, the ever present Stavriana Asprogiannidou from Willis, and George Foustanos from Empirikos Shipping in London. Vasso Souvalioti form Intermarine London was there too, as well as Ilona Cornarou! 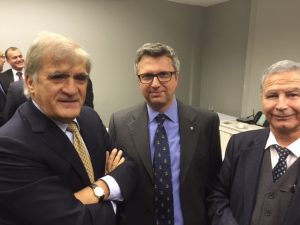 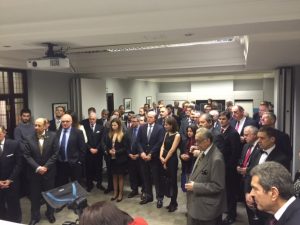 A view of the Royal Victoria room 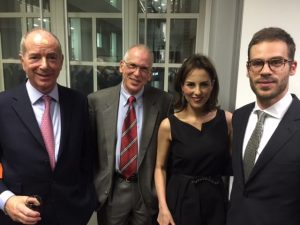 Captain Theo Lebessis and Sotiris Millissis from ELKA Shipping where there too, Captain (Rt.HCG) Elias Sampatakis from the Union of Greek Shipowners in Athens, Richard Coleman and Chryssa Papathanassiou from Clarksons Platou, former CEO of the London P&I Club Paul Hinton, Christoforos Coccolatos and his son John from Chios Navigation in London were also present.

Congratulations to Committee’s Director Commodore (Ret. HCG) Costas Amarantidis and Maria Syllignaki for organising the event; the excellent buffet and drinks and the very very tasty Vassilopittas – some had more than two pieces! 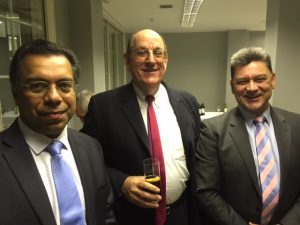 * Viewers can log herebelow and read the Chairman speech: