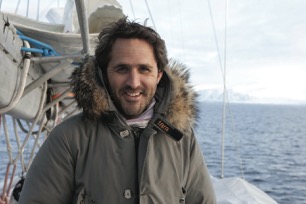 Data collected on plankton during the Tara Oceans expedition represent an unprecedented resource for studying and understanding the Ocean. This collaborative research program has identified 40 million new genes, now available to the scientific community worldwide. The impact of environmental conditions and climate change on this plankton ecosystem has major ecological consequences on our daily lives. In the current state of international research, this open access database can actually be used by only 20 countries. With the purpose of expanding access to the database and encouraging emerging countries to acquire expertise, Tara Expeditions and the French Global Environment Facility (FGEF) initiated a program of scientific cooperation with 6 countries to train young researchers and develop new indicators and tools to improve our management of the Ocean and its resources.

In partnership with the FGEF, this scientific cooperation program will enable southern countries to implement an interdisciplinary approach combining molecular biology, bio-informatics and genomics. This project entitled “Oceanic Plankton, Climate & Development” involves 6 developing countries over a period of 3 years. This 8 million euro program is co-financed by the scientific institutions collaborating in the Tara Oceans program (CEA, EMBL, CNRS, ENS) and the FGEF, which finances 2 million. The project launch will take place in Buenos Aires (Argentina) on February 24-25 during the official visit of French President Francois Hollande and will start with South American partners.

Nine laboratories have already been selected in Argentina, Brazil and Chile to work with the program consortium. In addition to the participation of South American researchers, the project will make available to southern institutions protocols and technological methods to expand the results of Tara Oceans. This project will enable these 6 developing countries to join the Tara Oceans scientific program through post-doctoral grants of 2 to 3 years, hosted in France and Germany by the main institutions of the project.

These valuable data on unknown and largely unexploited plankton are expected to generate models and indicators that will help better understand the effects of climate change and pressures from human activities on the ocean. “This research will be more useful to humanity if all countries can access and exploit it using the knowledge and technology to predict changes in plankton biodiversity and the marine food chain – the main source of protein intake for nearly 2 billion people” said Romain Troublé, secretary general of Tara Expeditions.

After the yet to be confirmed negotiations on climate at the COP21, this will be an opportunity to move forward on commitments made in Paris last December, since TARA OCEANS has been included in the COP21 solutions agenda as a concrete and funded initiative to better understand the evolution of the Ocean in the face of climate change.

The project will be launched in Buenos Aires (Argentina) on February 25 during the state visit of President Francois Hollande. This presentation will be preceded by scientific meetings on February 24, including a public conference in the presence of the Argentine Minister of Research, Lino Barañao.