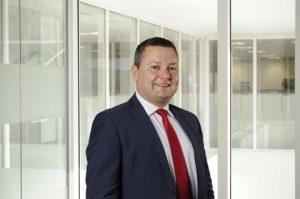 International accountant and shipping adviser Moore Stephens has warned that shipping sector employers need to take action to ensure that they meet their compliance obligations following a recent ruling by the High Court in London that peripatetic ships’ crew living in the UK, who start and finish their voyages from a UK port, have automatic pension enrolment rights.

Under the 2008 Pensions Act, employers have a legal duty to automatically enrol into a pension scheme those employees who are working – or ordinarily working – in Great Britain under workers’ contracts. And, as Stuart Stroud,  Director of Employee Benefits in the Wealth Management team at Moore Stephens, points out, “The key issue is whether the term ‘ordinarily working’ cover workers at sea outside UK waters.”

In the dispute before the High Court, Fleet Maritime Services (Bermuda) Limited (FMSB), which employs staff for cruise ships, challenged the UK Pensions Regulator’s guidance on peripatetic workers – employees who travel from place to place and work in various locations abroad, such as seafarers or airline pilots. The employer argued that its UK workers were not covered by the auto enrolment legislation because they worked in international waters and so could not be considered to be ordinarily working in Great Britain. In contrast, the regulator argued that a worker’s base was the key factor to consider when deciding whether he or she is covered by the auto enrolment rules.

Stuart Stroud says, “The High Court has backed the regulator. The judge concluded that a seafarer who lives in the UK and works on a ship that begins and ends its voyage at a port in the UK should be regarded as a UK worker with a UK contract. Even if such workers spend the majority of their time outside UK waters, they still quality for auto enrolment. However, the judge came to a different conclusion for workers on ships that spend most of their time outside the UK and whose tours of duty habitually begin and end outside the UK: these workers can be excluded from auto enrolment, even if they live in the UK.

“In the light of this ruling, shipping businesses should review their position on auto enrolment. Employers who thought their employees were excluded may now need to take urgent action. Some areas of uncertainty remain, however. Clarification is awaited from the regulator, for example, about whether seafarers employed by the overseas subsidiary of a UK business are covered by the auto enrolment regulations.”

From shortlist to interview: harness the power of...