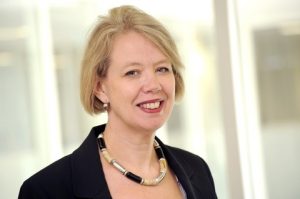 Leading accountant and shipping adviser Moore Stephens says the UK Budget 2016 contains a number of surprise developments which are likely to be of interest to the shipping sector, as well as a radical set of measures which it is hoped will assist the offshore maritime oil and gas sector.

The Government announced a further reduction in the rate of corporation tax, which will be 17% from 1 April 2020. There are also significant reductions in the rates of capital gains tax. From 6 April 2016, the higher rate of capital gains tax for individuals will be reduced from 28% to 20%, and the basic rate will be reduced from 18% to 10%, although an additional 8% will apply for carried interest and for gains on some residential property. In addition, Entrepreneurs’ Relief will be extended to apply to long-term investors in unlisted companies. Under these new rules, a 10% rate of capital gains tax will apply for gains on newly issued shares in unlisted companies acquired on or after 17 March 2016, provided they are held for at least three years from 6 April 2016. There is a separate lifetime limit of £10 million of gains.

New measures to support the oil and gas sector, meanwhile, include the effective abolition of petroleum revenue tax by permanently reducing the rate from 35% to 0% with effect from 1 January 2016. The supplementary charge will also be reduced from 20% to 10% with effect from 1 January 2016. The Government will provide a further £20 million of funding for another round of seismic surveys in 2016-17, and extend Investment and Cluster Area Allowances to include tariff income in order to encourage investment in infrastructure maintained for the benefit of third parties. In addition, it will provide greater certainty that companies will be entitled to tax relief on decommissioning costs when they retain decommissioning liabilities for an asset after a sale. Other measures include a commitment from the Government to work further with the Oil and Gas Authority to reduce overall decommissioning costs, and a willingness to consider proposals for using the UK Guarantees Scheme for infrastructure where it could help secure new investment in assets of strategic importance to maximise economic recovery of oil and gas.

There are other items in the Budget which may be of interest to the maritime sector. A discussion document will be issued in Spring 2016 with options for changes to the tax treatment of leases of plant and machinery in response to new accounting standard IFRS16. Companies in tonnage tax are, however, unlikely to be affected by any such changes. Where a ‘close’ company makes a loan to a participator, the tax payable will be increased from 25% to 32.5% in April 2016, with effect for loans made on or after 6 April 2016.

The Government has announced changes to corporation tax loss relief aimed at achieving greater flexibility.  For losses incurred on or after 1 April 2017, companies will be able to use carried-forward losses against profits from other income streams and other companies within a group. Currently such losses can only be offset against trading profits relating to the same trade arising in the same company. However, to the extent that profits are in excess of £5 million, it will only be possible to offset 50% of the profits using tax trading losses brought forward.

The Government is also to cap the amount of tax relief for interest payable to 30% of taxable earnings in the UK or based on the net interest earnings ratio for the worldwide group. There will be a threshold limit of £2 million net UK interest expense. Further details are yet to be announced.

Finally, there were some further announcements relating to the ongoing major reform to non‑domicile taxation. From 2017, non-doms who have been resident in the UK for more than 15 out of the previous 20 tax years will be taxed as if they are deemed UK domiciled. In addition, individuals with a UK domicile of origin will revert to that status for tax purposes when resident in the UK.

Moore Stephens tax partner Gill Smith says, “Significant changes to the treatment of long-term resident non-doms, to take effect from 6 April 2017, were originally announced in the 2015 Budget. For such a significant change to the taxation of this group of taxpayers, the lack of detail since the original announcement has been concerning.”

The Budget papers only make very limited, but potentially important, reference to the changes. These are:

Gill Smith concludes, “The measures announced are helpful at least to some extent, but the details are limited and there are many other areas that need considering prior to April 2017. These delays cause uncertainty and may result in affected taxpayers choosing to leave the UK. There are no further announcements on the proposal to charge owners of UK residential properties held through non-UK structures inheritance tax with effect from 6 April 2017. Again, this lack of detail is unsettling for clients and more detail is urgently required.”

l Moore Stephens LLP is noted for a number of industry specialisations and is widely acknowledged as a leading shipping, offshore maritime and insurance adviser. Moore Stephens LLP is a member firm of Moore Stephens International Limited, one of the world’s leading accounting and consulting associations, with 657 offices of independent member firms in 106 countries, employing 27, 613 people and generating revenues in 2015 of $2.7 billion.   www.moorestephens.co.uk