A Brave New World: Afrimari on the generational challenges… 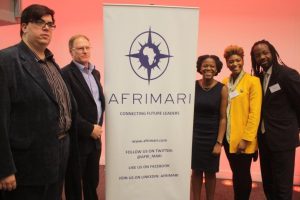 A Brave New World: Afrimari on the generational challenges of jobs, oil – and Africa

Sharp downturns in key sectors of the economy call for marine and energy professionals to reassess the way they respond to the challenges, the latest quarterly meeting of networking group Afrimari heard.

Industries need among other measures to harness the best of the differing at-work approaches of three generations – baby boomers, Generation X, and the millennials – it was said.

Afrimari chose as the subject for its latest London event Brave New World, which was the title of a 1931 novel by Aldous Huxley that anticipates profound changes in society.

Meeting at Cass Business School, Afrimari asked three guest speakers to address the problems of “a world with excess oil, ” the fall in the oil price in late 2015 to a 12-year low of $28 a barrel (Brent crude had recovered somewhat to around $40 on March 17, the day of the event), limited economic growth, and cutbacks by oil producers and other businesses. 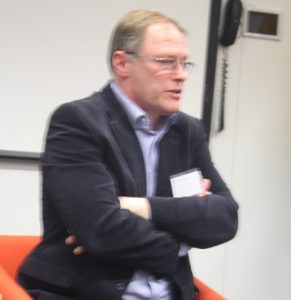 He said that the so-called baby boomers, defined as being born between 1946 and 1964, thought differently from those of the group defined as millennials –born from 1982 to 2004 – who were in the workforce. In the middle was Generation X, born between 1964 and 1982.

Millennials “do not identify with the work they do as with work progress as a whole, and are more engaged with work-life balance.”  They had no interest in the “nose to the grindstone” culture of their elders. They had a strong sense of social community, including social media. They sought jobs with flexibility in the workday and hours. They moved between jobs regularly, often for little additional money. They showed less loyalty to a specific company, and were more opportunistic. “They ask for what they want, rather than accept what they have been given. They want to be identified as individuals, and do their best to hit targets, recognise the values of hard work, but, as one American has been quoted, ‘I am a surfer first and a manager second.’”

Among characteristics of the baby boomers: “They are much more comfortable with corporate structures, value loyalty and hard work. Hobbies and family life start when work is finished. They struggle to adapt to the pace of change. They are uncomfortable with different expectations for different generations, ” said Mr Clayton.

Shipping has many baby boomers at senior levels, and the biggest danger for shipping is that there is that they are all going to retire together, said Mr Clayton. The future of a business meant bringing forward aspirations. “The baby boomers would like that kind of conversation but do not know how to get it started. Generation X is the link they understand.”

Mr Clayton asked rhetorically: “Will Africa be ‘the next China?’ No, because there are too many vested interests at play. China is a much centralised country that takes all the decisions.

“What can we do to make Africa become more [economically] like China? We need to channel this creative tension in African business between the baby boomers and the skills and leadership qualities of Generation X who want to take on some of the senior positions, and millennials who have enthusiasm and determination.” 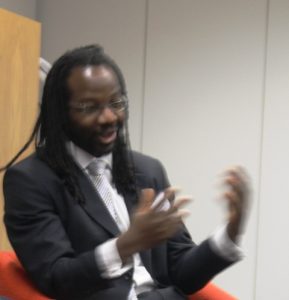 Mr Iroche, founder and managing principal of consultancy Black & Gold Advisory, a consultancy on human capital and investment primarily in Sub-Saharan Africa, spoke about the dilemmas of employees facing change in their firms.

He referred to headlines announcing cutbacks at BP, “oil drilling back to pre-boom levels, ” Nigerian oil and gas companies reportedly axeing 120, 000 jobs, Maersk profits down 84%, and other reverses including shutdowns of mining activity in Africa. In this context he cited the financial results of Standard Chartered Bank, a big emerging markets brand: when one saw a $6bn turnaround in its fortunes to a $1.5bn loss in the space of a year, it showed that “their clients are hurting.”

Mr Iroche said: “I think the message is, strap in – it is going to be a rough ride.”

He stressed: “Do not be complacent.  Your firm might be a big name now, but in three or four years that could change.” Advising employees how to cope with the prospects, he said that they should aim for “adding value and developing new skills: these are the people your boss wants to hold on to. We are no longer in an environment where you can just get by on being very good at what you do.” If you were considered “invisible, ” you should become visible or find a new place to work.

He recommended reading a report by DNV-GL entitled A New Reality: the Outlook for the Oil and Gas Industry in 2016. The report set out strategies that executives are using to help navigate their companies through these cost-sensitive times. Based on a global survey, the report said that a majority of senior oil and gas professionals (56%) believe that their industry is repeating the mistakes of previous downturns and have concerns over the loss of jobs and experience, and lack of efficiency. The report implies that a new phase of cost management is needed, as 73% of senior professionals are preparing their company for a sustained period of low oil prices.

Mr Iroche said that some jobs that are highly valued today will become low value in just a few years because of the changes inside and outside the industry. “The industry is going to change, so be prepared, ” he urged. Five things to do now were: acquire new skills; grow your professional network; update and improve your CV and LinkedIn profile; start following your passion – for instance hobbies, freelance activity, pro bono work, and charity; and “save for a rainy day” for instance, to have the wherewithal to start your own business.

Mr Katsoulas presented a paper by Mark Williams managing partner of his firm, who was indisposed.

The Affinity paper said that the commodity super-cycle had come to an end, with African oil production as a whole declining, and West African exports down. 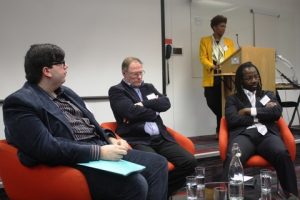 (Andrew Inglis, chairman of New York-listed Kosmos Energy, had said in an update statement the day before the Afrimari meeting: “Kosmos has opened a world-class hydrocarbon province. With this [appraisal] well, we believe we have proven sufficient gas resource to underpin a world-scale LNG project in the Tortue West structure alone.” Gross resource estimate has risen to 20trn cu ft from the previously announced 17trn cu ft. Mr Inglis said: “We now plan to drill the first of three independent oil tests in our blocks offshore Mauritania and Senegal, starting with the Teranga-1 well, located in the Cayar Offshore Profond Block, offshore Senegal.”)

Mr Katouslas said that Senegal and Mauritania had agreed a common fiscal regime for oil and gas production, reducing overheads for bidders. Turning to Ghana, he referred to forecasts of rising gas demand in recent years, with relatively high levels continuing for the next five years.

Mr Williams has said: “The way we run the shipping industry is going to change enormously, ” he said.

During a question session at the Afrimari meeting, the panel was asked about the prospect in the new economic environment of developing alternative energy. Mr Clayton said that with the oil price having been in the range of $30 a barrel, it had become harder to invest in renewables, as well as shale gas and deepwater exploration. “The problem is, ” he added, “it is not so much about demand and supply, but about geopolitics” and there was also an impact from the technology side, he said, as Mr Katsoulas nodded in agreement.

One questioner reminded the audience that across generational lines characteristics could be blurred – there were in effect “grey surfers.”

Temi Binitie, co-founder of Afrimari with Gemina Dina (née Cooper), expressed thanks to Cass Business School and Cass Shipping Society for their support – “they have been very kind to us over the years.” Ms Binitie said that Afrimari, which was celebrating its sixth anniversary, had grown “in leaps and bounds” from its early gatherings to become a structured membership organisation. She congratulated the speakers of the evening on their contributions, saying of Mr Clayton: “He makes reading about shipping a lot easier to digest.”

Diana announces developments related to the purchase of three panamaxes