AAA: Cargo Claims, General Average and Traps for the Unwary… 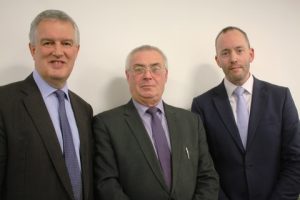 Cargo Claims, General Average and Traps for the Unwary – speakers at Association of Average Adjusters event warn of costly pitfalls in marine market

Cargo interests claiming on their insurance for substantial sums – arising sometimes from common incidents such as theft from shipping containers, and piracy – can have their most confident expectations dashed, experts warned at the spring 2016 seminar of the Association of Average Adjusters.

Equally, the detail in standard policy clauses can deliver big shocks to the ledgers of cargo underwriters dealing with even minor damage to goods carried by sea, speakers said during the City event, which was organised in conjunction with the International Underwriting Association.

London marine market practitioners were further alerted that cargo representatives could see justifiable claims nullified by failing to follow recommended practice, or by acting too slowly.

Among problem cases were those involving rejection of cargo. Mr Sturges outlined one instance which resulted in a shock for the assured, who thought he had a substantial claim, but once the facts were known, “had to be told he did not have much of a claim at all.”

That case involved a 17, 250 tons grain cargo which on arrival at Aqaba was found to have small patches of damp caused by leaky hatch covers of two holds. The parties accepted that all that was required was that a little of the cargo (110 tons) be skimmed off, but the authorities at the Jordanian port rejected the entire cargo in the two holds and refused discharge.

A buyer was found in another country, but at a price substantially lower than the market value of the cargo. The assured had insurance against “all risks, ” but was in for disappointment because cover under Institute Clauses A [Institute clauses are frequently-used wordings, drawn up in their original form by the former Institute of London Underwriters] referred to “… all risks of loss or damage to the subject matter insured.” That wording meant physical loss or damage, said Mr Sturges, and the cargo that was sold was unaffected. The assured’s claim of $3.8m was adjusted down to around $7, 000, which was only for the 110 tons that were damaged.

What would have stepped in to fill the breach would have been rejection insurance, said

Mr Sturges. There is a significant rejection risk in the shipment of commodities, especially foodstuffs, to some importing countries, including Australia.

Mr Sturges cited a separate case where a consignment of valuable equipment suffered minor damage while at sea, but underwriters had to accept that it was rendered valueless because the end-users refused to accept it without a warranty, which could not be obtained even if repaired.

Assureds meanwhile might think that not much could happen to a cargo once inside a shipping container, and on that basis there was no need for comprehensive insurance. “I suppose that big, metal box in which the cargo is carried provides a false sense of security, ” said Mr Sturges, but “there are some clever thieves all over the world who are expert at breaking into a container and can steal all or some of the contents without leaving a trace – even leaving the container seal intact.

“After getting over the initial shock [of falling victim to theft from a container], the assured thanks the heavens that he took out insurance – only to discover that he had cover against things like explosions, trains coming off the rails and volcanoes erupting… but someone nicking his goods?  Sorry, you are not covered for that.” Theft was a significant omission from the specified set of perils covered in the Institute Cargo Clauses (B).

Another surprising hole in the Institute B and C clauses related to piracy of the kind seen off Somalia. It was well established that the ransom paid to pirates for the release of a ship and its cargo forcibly seized was recoverable as General Average [under which the parties proportionally share expenses resulting from action to minimise loss in an emergency]. On the face of it, the B or C clauses provided cover for the cargo assured’s proportion of GA, “but not necessarily in all cases, because coverage for GA contribution is subject to exclusions contained elsewhere in the conditions, ” cautioned Mr Sturges.

One of those exclusions is “capture, seizure, arrest, restraint or detainment etc, ” and under the A clauses (all risks) the insurers added the words “piracy excepted.”  Those words do not appear in the B and C clauses, so the exclusion bites. A clause in the Institute War Risks cover “does agree to pay cargo’s proportion of GA – but only when incurred to avoid, or in connection with, the avoidance of loss from a risk covered under these clauses… and seizure by so-called pirates to extort a ransom, is seemingly not covered, ” said Mr Sturges.

Mr Meredith warned about traps to be avoided in relation to GA guarantees and to letters of undertaking issued by protection and indemnity clubs, and issues that can affect insurers’ liability, or prejudice their rights of recovery.

Once a marine casualty arose, for the cargo interest speed was of the essence – among other measures, to try to determine the extent of financial involvement: cargo interests were frequently the last to know, said Mr Meredith. It was all about getting a handle as soon as possible on what has gone wrong, and the financial consequences.

If shipowners declared GA, they had a right to GA security through a bond or guarantee before releasing their lien over cargo, but extreme caution must be exercised: risk, title and ownership had to be established. “What is it you are signing, and what risk are you incurring? The unwary cargo insurer and the unwary cargo owner will sign a GA guarantee and bond without first considering the implications.”

He advised: “Another trap is that you have to be careful from whom you accept the security. Most commonly, security will be provided by the P&I club with which a shipowner or bill of lading issuer (carrier) is entered in the form of a club letter of undertaking. It is important that any letter of undertaking is obtained from a reputable P&I club belonging to the International Group of P&I Clubs. It is very unwise to accept security from anyone else outside that bracket.” In such letters of undertaking, cargo interests must consider whether to accept all-inclusive or plus-interest and plus-costs. “Never be under-secured! A case may litigate, or go on for a long, long time.”

Mr Meredith added: “You have to have the right claims, everything has to be covered, and check that security is given on behalf of the correct party.”

Time limits could be a minefield. In some jurisdictions, such as Rotterdam and South Africa, the duration of the letter of undertaking could be limited. “Do not allow discussions to go on for too long – that can result in a time bar.” A master bill of lading may provide for a one year time limit whereas a house (non-vessel operating common carrier) bill of lading may provide for nine months—obtain a time extension from both. Further, “under the Chinese maritime code time extensions are not valid: you have to file suit to protect your claim.”

Adequate security must be obtained before the vessel in question leaves; alternatively, cargo interests should consider arresting the vessel with a view to obtaining a bank guarantee. “Once the vessel is gone, it is very difficult to exert any pressure on the owners or the club to provide security.”

Obtaining adequate security at an early stage could often act as a catalyst for expedient settlement. Mr Meredith emphasised that “too many claims with strong merit, backed by adequate security, fail because of ‘title to sue’ issues. It is crucial for the insurer to bring any action in the name of the correct party.”

Andrew Paton, chairman of the Association of Average Adjusters, expressed thanks to the speakers. Mr Paton, who is managing director of Richards Hogg Lindley, said that many people tended to think of Association members as spending all their working time on marine hull claims, “but one of the messages we want to get across is that we have Fellows who are experts in cargo claims – claims which can often run into very large sums.”

Difficult days, months and possible years ahead for the BDI…