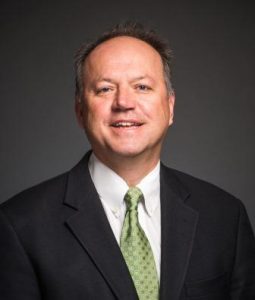 Company has shipped more than 6, 000 TracPhone systems for the mini-VSAT Broadband network

MIDDLETOWN, RI – April 26, 2016 – KVH Industries, Inc., (Nasdaq: KVHI), announced that as of the end of 2015, it had shipped more than 6, 000 TracPhone® satellite communications antenna systems for the mini-VSAT Broadbandsm network. This milestone reaffirms the company’s top market share position in the maritime VSAT industry by vessels in service, a benchmark noted in the COMSYS Maritime VSAT Report, 4th Edition, March 2015. The company also announced that it recently expanded the capacity on its global mini-VSAT Broadband network, which provides essential connectivity to vessels around the world.

“Our solution has been widely adopted because it brings simplicity and value to ship owners and operators, fleet IT managers, operations professionals, officers, and captains operating in a highly competitive global environment, ” says Martin Kits van Heyningen, KVH’s chief executive officer. “When we entered the market in 2007, our goal was to win a leadership position through market disruption, changing the way mariners thought about satellite communications by offering a complete solution encompassing small, simple, easy-to-install equipment, fast data speeds, and cost-effective airtime.”

Since that early market introduction, the company has ramped up to an average of nearly 1, 000 systems per year for five consecutive years, 2011-2015, as reliance on fast and reliable satellite broadband connectivity has spread throughout the maritime industry. In 2012, the mini-VSAT Broadband service became the maritime VSAT market share leader according to leading market research reports, a position that has been repeatedly re-confirmed in report updates.

To provide the most robust coverage possible, the company continually monitors and upgrades its mini-VSAT Broadband service, and recently expanded its network via an additional Ku-band service beam that provides Pacific Northwest U.S. coverage, where fishing fleets operate and rely on connectivity from KVH.

“Operating our own network provides us with unique opportunities to offer creative solutions to our customers’ problems, ” says Mr. Kits van Heyningen. “Already, more ships rely on KVH’s mini-VSAT Broadband network than the next two maritime VSAT providers combined, and our growing customer base and satellite capacity are testimony to our forward thinking approach to technology and services.”

Taken together, the company refers to the complete solution under the Power of OneTM banner.

British quality highlighted during the Superyacht UK Tour of Excellence 2016