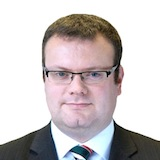 The London P&I Club has issued a warning about continued problems associated with the carriage of Indonesian thermal or ‘steam’ coal, following a number of recent incidents involving owners and charterers.

Indonesian coal has a propensity to self-heat and/or emit methane. If uncontrolled, self-heating can lead to serious cargo fires, and an accumulation of methane can explode. The IMSBC Code states that coal with such characteristics should not be loaded if the temperature of the cargo exceeds 55ºC, and that the atmosphere in the holds is monitored at least daily on passage. The oxidisation process that can lead to self-heating can be detected by checking the hold atmosphere for rising levels of carbon monoxide (CO) and falling oxygen (O2) levels. Methane levels can be measured directly.

Cases recently reported to the club have highlighted the need for thermometers and gas sampling equipment to be regularly serviced and calibrated in accordance with the manufacturer’s instructions. In one case in which the club was acting for charterers, the club-appointed surveyor arrived on board more than a week after the commencement of loading, only to find that a dispute over safety to load had in part been based on readings from equipment which did not have a valid calibration certificate.

London Club Loss Prevention Manager, Carl Durow, says, “Care should be exercised in interpreting methane measurements carried out in the low O2concentrations often found in unventilated cargo holds. Typically, manufacturers advise that methane readings will be meaningless if the O2level falls below 10 per cent. But the club has seen evidence of ships’ staff relying on methane readings even when O2 levels have fallen to negligible levels (one per cent or less).

“In order to obtain meaningful information, measurements should be made via an approved sample point. The club has seen samples drawn through hold access hatches, which undermines the reliability of the measurements.

“The atmosphere in the space above the cargo should be regularly monitored – and this may mean that measurements continue after arrival at the discharge port, particularly when discharge is slow. The club has seen problems with both self-heating and methane release worsening markedly during interrupted unloading.”