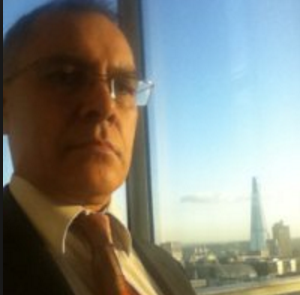 When the original VesselsValue service was launched in May 2011, the shipping industry was still coming to terms with its rapid and painful descent into the trough phase of the shipping cycle. Traditional valuations from ship brokers had relied on “last done sale” as a reference point, and with no ship sales taking place in that low point in the cycle, the market was declared illiquid. However, shipping banks still were required to update their portfolios, and mark their commitments to market. The arrival of VesselsValue solved this dilemma through its regression-based ship valuation model. Jump forward five years, and the offshore sector, and the banks, are under the same stress. The collapse of the oil price has decimated the value of offshore vessel, but by how much? The banks and equity funds financing and investing in offshore vessels need to know, and therefore the launch of VV Offshore is both apt and timely. Furthermore, as explained below, it is believed to be the only service available that combines offshore vessel search, tracking, valuation with oil and gas structure location.

It is said that necessity is the mother of invention, and that is certainly the case with VV, which was the brain-child of shipbroker Richard Rivlin. As ship sales dried up during the financial crisis in 2008, the major shipbrokers withdrew from providing valuations. Mr. Rivlin felt that an automatic online system using the factors shipbrokers use to value ships built into an Artificial Intelligence (AI) system would fill the gap. Led by his brother Dr Chris Rivlin (a Professor of Mathematics), a team of mathematicians created the algorithms to handle the multiple variables analysed to produce a value. These are not simple regressions run in Excel, but complex multi-dimensional models, requiring custom-coded computer software running simultaneous computations.

A key component is VesselsValue own databases of vessel specification and transactions. These are structured to allow the computation engine in the valuation model ultra-high-speed access to the data. As can be imagined, to research each individual ship (VV does not rely on third-party data) requires considerable resources, and today, VV has a team of 40 analysts and researchers, based on the Isle of Wight and in London.

Having “cracked” the shipping market, VV is applying the methodology to the offshore vessel market. The company has assembled a team of highly experienced offshore professionals, with brokerage, oil and gas, spatial mapping and research expertise, to develop the only instantly available global valuation service available to the offshore industry. This is supported by a highly powerful mapping system that overlays oil and gas terminal spatial geographical information systems (GIS) data with AIS data.

How did VV Develop the Offshore Vessel Valuation System? 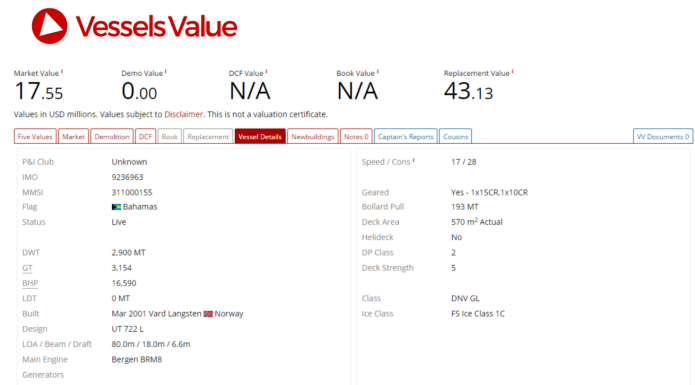 The starting point was capturing the data. The offshore vessel database was created by a team led by
Lead Offshore Data Researcher Emma Svensson, who spent 12 months prior to launch of VV Offshore
researching the offshore fleet. According to Emma, the difficult part of the job is to find and input each
ship individually with its own set of specifications. Every asset specification is validated by the team,
using owner websites and through comparing to other readily available sources. This includes identifying
the ship types, and the particular individual specifications that are important for each type.

The next stage of development was to value the offshore vessels on the database, by scoring the
features of the vessels. This team is led by former Offshore Broker Charlie Hockless. The values are
checked against known sales and independent broker valuations, and constantly updated.

As well as giving instant valuations and the modules listed above, VV Offshore contains a GIS database of
offshore structures, compiled by Zac Ward. The multi-level GIS mapping displays the position of oil and
gas installations relative to the AIS position of any vessel in VV offshore. The infrastructure data includes
oil and gas fields, platforms, wells, pipelines and terminals. and licenses. 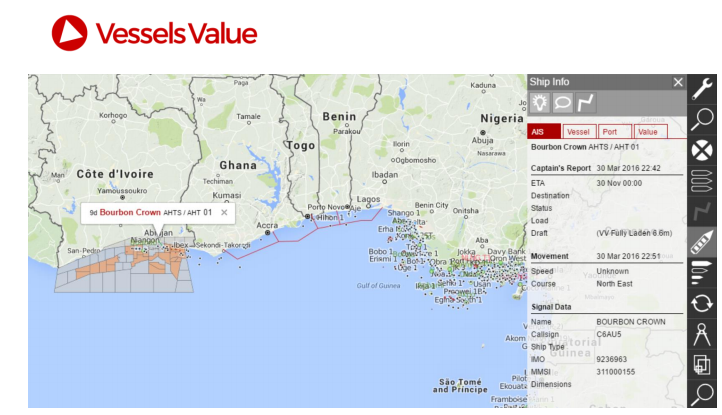 Bringing the whole project together is Project Manager Miles Cole, who has fifteen-years in the offshore industry, and is very familiar with the pressures of completing unique projects on time. According to Miles, the values being produced by VV Offshore have been tested against those produced by the traditional methods employed by shipbrokers, and are proving to be as accurate. In the shipping finance sector, VV is used by the majority of ship finance providers, and now, for the first time offshore vessel bankers, vessel owners and operators can access instant, accurate and always available values on offshore vessel valuations and positions, at the click of a mouse.