International law firm Wikborg Rein has further strengthened its leading presence in the shipping and offshore and onshore construction sectors with the appointment of three key senior hires to its London offices.

Nick Shepherd has joined as a partner from Ince & Co, where he was most recently the head of that firm’s office in Piraeus, Greece. Nick has a market-leading reputation as an ‘owner’s lawyer’ for the Greek shipping market, where he is the first-choice lawyer for a number of the largest shipping groups, including TMS / Dryships / Ocean Rig (Mr George Economou); the Navios Group (Ms Angeliki Frangou); Alpha Bulkers / Pantheon Tankers (Mrs Anna Angelicoussi); and Marmaras Navigation / Delta Tankers (Mr Diamantis Diamantides).

Nick’s practice spans a wide range of contentious and non-contentious work, including charter parties, drilling contracts, logistics, casualties, marine insurance, sale & purchase, shipbuilding and ship arrest.  Nick regularly acts as lead counsel for groups of owners on key industry issues; most recently he spearheaded the owners’ response to the OW Bunker collapse, taking the industry test case from arbitration through to the UK Supreme Court within only 15 months. 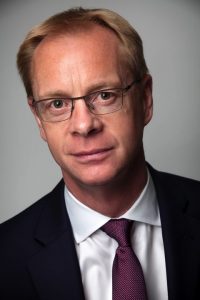 Mike Stewart, meanwhile, has joined as a partner from K&L Gates in London, where he was a key member of that firm’s Energy, Infrastructure and Resources group. Mike specialises in complex, high-value disputes arising out of major energy and infrastructure projects in emerging markets, and has developed particular expertise in relation to FIDIC contracts, having advised on FIDIC-based projects in Turkey, Oman, Jordan, India and Ethiopia.  He has advised on construction and energy disputes throughout the Middle East, acted on international arbitrations arising out of major projects in Saudi Arabia, Qatar, Yemen, Azerbaijan, Ukraine, India and Sri Lanka, and on disputes arising from FPSOs in Malaysia, Indonesia and Brazil.

Also joining Wikborg Rein from K&L Gates, as a senior lawyer, is Mary Lindsay. Mary’s practice concentrates on international arbitration. She is primarily concerned with disputes arising out of complex construction, infrastructure and energy projects, having acted on international arbitrations in India, Yemen, Oman, Azerbaijan and Russia.  Mary also provides ongoing advice in respect of live projects in the Middle East and has a particular focus on electrical engineering and process plants. 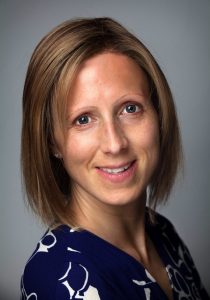 Clare Calnan, head of Wikborg Rein’s London office and a partner in its shipping offshore practice, says, “We are delighted to welcome Nick, Mike and Mary to the firm. Together, and individually, they have the experience, knowledge and reputation that we always look for as we seek to expand still further the expertise of our London team. All three will form an essential part of our practice offering global shipping and offshore and construction expertise, as well as English law capability.”

*Wikborg Rein & Co is a pre-eminent law firm in the shipping and offshore sector, and a major player on the international scene. Services to the maritime industry include ship, project and lease finance, corporate, contract negotiation, offshore and construction projects, sale and purchase, ship registration, insurance, casualty response, carriage of goods, ship arrest and international dispute resolution. The firm is also a leading player in the onshore construction sector. More information on the firm and its partners can be found at