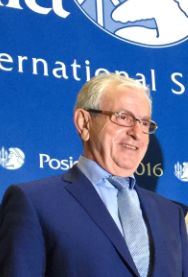 The 120 page paper which has been scrutinised by lawyers well versed in EU law and EU Court decisions discusses why the Commission’s Decision of 18.12.2015, C(2015) 9019 final (“Tonnage tax scheme and other tax relieves provided in Law No 27 of 19 April 1975 as amended”) is based on an incomplete understanding of the Greek legal system and its historical background. The Decision disregards the specifics of the Constitutional Identity of Greece. It does not prove that the Greek system results in a selective advantage which threatens to distort competition or affect trade on the EU’s internal market. The Decision regards the European Commission’s Maritime Guidelines as binding, and fails to take a wider perspective on the compatibility of aid with the internal market and / or use its discretion beneficially. Equally the Decision does not take into consideration that there has been no complaint against the Greek regime, nomigration to the Greek flag nor for establishment in Greece and the fact that the longstanding regime has not been challenged by the Commission since Greece’s admission in the EU in 1981. It is important to bear in mind that the SAG were largely modelled on the Greek shipping institutional regime and on the existing parallel registries introduced in the ‘80s.If the Greek case functions as the standard test, as already proclaimed by the Commission other Member State regimes may be affected causing uncertainty through out the sector.
Regarding para 194 of the Commission Decision pertaining to the recommendations against Greece in particular:

• Shipping taxation forms an integral part of constitutional identity of Greece in the sense of Article 4 (2) of the Treaty on the Functioning of the European Union. These rules are constitutionally protected and are very important for the country’s economy. Therefore, the tonnage tax regime and the relevant tax exemptions constitute a longstanding feature of the Greek legal and economic system and the European Commission should have taken these into account when assessing the specific provisions of the tonnage tax regime. Moreover, it should have considered the regime as a whole taking into consideration all the common characteristics of all the measures it entails as well as the particularities of the shipping market and not engage in an isolated assessment of each individual measure;

• The European Commission’s State aid analysis is not sound. It disregards the fact that some of the advantages (exemptions for dividends, capital gains, inheritance tax) are granted to individuals and not to shipping companies and therefore cannot be assessed in the context of the State aid rules. It has not demonstrated on what basis the shipping companies can be considered indirect beneficiaries of the “aid” schemes at issue, given that a tax advantage to shareholders does not necessarily result in an indirect advantage to a company if anybody can invest in such an undertaking. Furthermore, it considers the general rules on taxation as the “reference framework”, and not the constitutionally protected provision of L. 27/1975. Besides, even if the general rules on taxation were regarded as the “reference framework”, it is not evident that shipping companies and other companies in Greece are in a comparable factual and legal situation in the light of the objective and the purpose of the constitutionally protected provisions. Lastly, the European Commission has not proven that the measures strengthen the position of the shipping companies in relation to other undertakings, especially taking into account that the Greek tonnage tax levels are significantly higher than what has been approved in the past for other Member States by the European Commission;

• The European Commission considers the Guidelines a binding legal document. However, when applying the Guidelines in the State aid area, the Commission has and can depart from them, in individual cases, by providing reasons which are compatible with the principle of equal treatment and provided that such a departure does not infringe the general principles of law and is attuned to the beneficiaries’ legitimate expectations. The European Commission could have used its discretion and declared the regime compatible, by using its wide discretionary power, supplemented by the solid evidence already submitted by the Greek Government;

• The European Commission should have declared the Greek regime compatible with the internal market. The Commission considers the investment in shares of shipping companies (which, if it is open to everyone, should not constitute an aid) to be a separate function from the shipping activity, and thus to be beneficial exclusively for the shareholder. The state of investing in shipping in the Greek system is an integral part of the traditional proprietary / entrepreneurial model of Greek shipping enterprises and should be recognised as genuine shipping activity since all the material criteria for such a characterisationare present. In conclusion, the European Commission has not adequately demonstrated distortion of competition on the basis of the Guidelines and their main purpose (which is to meet international competition) since the causal link between the alleged advantage and the supposed distortional result is remote.