Brexit: a preliminary assessment of the implications for the UK, the EU and Greece 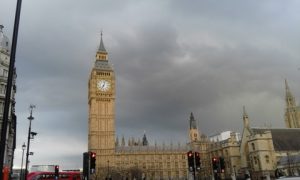 Brexit: a preliminary assessment of the implications for the UK, the EU and Greece

In the UK referendum of June 23rd the British people voted in favour of leaving the European Union by 51.9% (17.41mn voters). Turnout was 72.2%, the highest in a UK nationwide vote since 1992. England and Wales voted in favour of exitwith 53.4% and 52.6% respectively, while Northern Ireland and Scotland voted in favour of remain with 55.8% and 62.0% respectively. Brexit is expected to have a profound and, to a large extent, unpredictable impact on the UK and the EU both on an economic and a political level.

This report presents our preliminary assessment of the macroeconomic and market implications of the UK referendum’s outcome on the UK, the EU and Greece. A more detailed analysis of the potential ramifications of Brexit for the Greek economy and the outlook of the current stabilization programme will be published early next week.