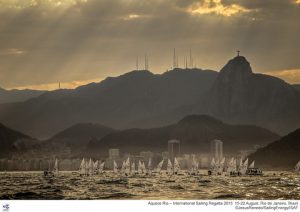 The Rio 2016 One Person Dinghy (Laser) fleet will welcome a bumper 46 boats, making it the largest fleet at the Olympic Games.

When racing starts on Monday 8 August at 13:00 local time on the Escola Naval course, a large percentage of the racers will start with high hopes and great expectations.

VIEW the Laser in all its glory

Laser sailing will see some of the closest, compact racing of any of the Olympic fleets with each sailor receiving a supplied boat, ensuring an even playing field. With races scheduled for inside and outside Guanabara Bay, it will see the best all-round sailor conquer. 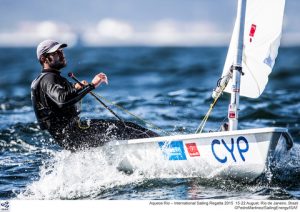 LEARN more about the Laser

However, there is one name on the list of athletes that shines brightly and has achieved more than the entire fleet put together.

Stand up, Brazil’s own Robert Scheidt, one of his country’s most successful Olympians who will carry the hopes of his nation on his shoulders at Rio 2016. 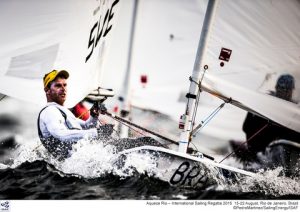 At 43, Scheidt will be the oldest competitor in the Laser fleet and has signified that the 2016 Olympic Games will be his last. Racing in his home nation, in front of a partisan crowd, Scheidt has an opportunity to engrave his name into Brazilian sporting history for the perfect send off. The 46-boat fleet only includes one other Olympic medallist, and in the pressure pot of Olympic sailing, Scheidt knows how to reach the top.

“The fire, for sure, keeps burning, ” explained Scheidt, “I would really like to get one more medal and I think the mental part is really important at the Games because the pressure is huge.

“Everybody knows they only have that week and that one shot. I’m in a pretty comfortable situation because I’ve already medalled five times. I’ve done all of that. The experience counts a lot and I think I am going to be able to be mentally strong at the Games which will be an important thing.”

A sailor’s mentality at an Olympic Games is vital. Tom Slingsby (AUS) entered the Beijing 2008 Olympic Games as overwhelming favourite in the Laser but things did not go his way. Four years on, older and wiser with Olympic experience behind him he won gold at London 2012.

Great Britain’s Paul Goodison was in with a shot of a medal at his first Olympic Games, Athens 2004, but narrowly missed out. Four years later, at Beijing 2008, he stormed to gold.

With Scheidt’s ‘I know how to get it done’ attitude, he can be considered a favourite, especially as strong, leading contenders like Great Britain’s Thompson, Australia’s Tom Burton and Italy’s Marrai, who all have various accolades, will be sailing at their first Olympic Games.

Apart from Scheidt, only Cyprus’ Kontides holds an Olympic medal in the Laser fleet after he picked up silver at London 2012, which was in fact his nations first ever Olympic medal. Rio 2016 will be Kontides’ third Olympic Games.

The Laser will start racing on Monday 8 August at 13:00 local time on the Escola Naval racing area