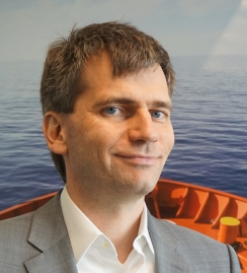 Cancun, Mexico 12 Oct.2016 – Less than half a year since the opening of the expanded Panama Canal, significant amounts of available capacity through its larger lock remains unutilised, according to shipping lines speaking at this week’s TOC Americas Container Supply Chain event in Cancun.

The Panama Canal Authority has created slots for a total 12 transits per day for container vessels. But less than a third of that is being used at present, according to Matthias Dietrich, Hamburg Süd’s Senior Vice President for the Caribbean and Latin America West Coast region.

“Bookings for the Neo-Panamax [up to 14,000 TEU] vessels have been slow to come – last month, there were a few days which saw four vessel transits, but on most days it has been two or three transits,” he said.

“There is still a lot of room,” he continued, adding that this would mean it unlikely that the Panama Canal Authority would be able to increase transit fees in the short term.

While the larger locks have led to Panama winning back considerable volumes from Suez – especially in respect of its role as a key artery on the Asia-US East Coast trade – this has failed to translate into more vessel transits, as the larger dimensions allow more cargo to be carried on fewer ships.

MSC’s West Coast South America planning manager Hernan Salazar told delegates that prior to the expansion, there were 16 weekly service strings through the Panama Canal, which has subsequently been reduced to 13.

“And that will continue to increase – there has been a 13% increase in capacity altogether on services through Panama – there is a lot of room for more,” he said.

Panama Canal expansion has hit traffic through Suez , added Mr. Salazar. This time last year the waterway connecting the Indian Ocean and Mediterranean Sea saw 52% of the traffic between Asia and the US East Coast, with Panama controlling the remaining 48%. Today, Suez has a 43% market share and Panama 57%.

“After the new locks Panama was able to offer carriers the same economies of scale and it is a much shorter route,” he said.

Subsequently, Suez has issued rebates to try and lure some lost business back – as much as 60% according to Rodolfo Sabonge, Vice President of Research and Graduate Studies at Panama Maritime International University.

The primary target of that pricing policy was backhaul traffic returning to Asia via South Africa under extreme slow steaming, but Mr Salazar warned the Panama Canal Authority that it would also need to develop some strategy in response.

But the prospect of Panama seeing large chunks of new business coming through its most important national asset in the short term was unlikely, warned Mr Dietrich, especially while demand for container transport remains so muted.

“There’s some reshuffling of service patterns possibly still to take place, but the main Asia-US East Coast, South America West Coast-Europe and Asia-South America East Coast services will likely remain as they are.

“There is a theoretical opportunity for vessel upsizing on the route from Asia to northern Brazil, but that is unlikely while the ports of Northern Brazil are not able to handle ships of that size – so it won’t happen anytime soon,” he said.

However, over the medium term, traffic could well see a significant increase if US shippers in the mid and eastern parts of the country decide to redesign their container supply chains from Asia.

In that context, US Federal Maritime Commission Chairman Mario Cordero told delegates that the expansion represented a fundamental change in trade patterns.

“It is going to give US shippers more options about where their cargo enters the US – if port productivity is low on the west coast shippers have more options open to them than before,” he said.

And Mr Sabonge claimed it was still early days in terms of the relatively low level of neo-Panamax bookings.

“It was never meant to be full the day after the expansion was opened – we have already had 162 transits of container ships since then, and there are 159 already booked for next year,” he said.