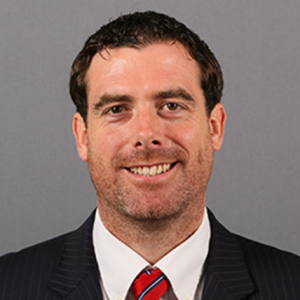 International law firm Hill Dickinson has further strengthened its London shipping team with the arrival of Master Mariner Donal Keaney, bringing the total number of Master Mariners at the firm to six.

Donal is currently studying to become admitted as a solicitor and joins Hill Dickinson from a varied seagoing, commercial and legal background. He recently spent three years with a Hong Kong legal practice, where he worked on a varied caseload of both wet and dry matters, including attendances and casualty investigations on site.

A member of the Institute of Chartered Shipbrokers, Donal previously worked as an offshore broker for Clarksons. He has also worked in ship management, in both technical and marine & safety roles and has lectured in coastal navigation and the International Regulations for Preventing Collisions at Sea at Liverpool John Moores University. During his sea-going career, Donal was employed on gas carriers, container vessels, Ro-Ro and Ro-Pax ferries and passenger ships.

Hill Dickinson’s renowned shipping team operates from offices in Liverpool, London, Piraeus, Singapore and Hong Kong and receives instructions from the full spectrum of those involved in the maritime industry including ship owners, charterers, shipyards, P&I clubs, port and terminal operators, underwriters and traders. The team is ranked in this year’s legal directory The Legal 500 UK 2016 where it is praised for ‘an excellent service’ and noted for its ‘in-depth resources’ and ‘excellence on wet and dry matters’.