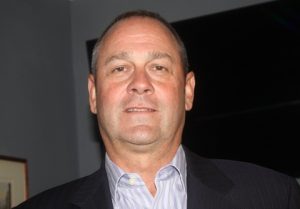 Graham Harris, chairman of a Canadian exploration company, enthuses that there is a “pretty wonderful outlook for lithium over the next 10 to 20 years… not just batteries, but power packs and components.”

As leader of Millennial Lithium which is listed on Toronto’s TSX-Venture exchange under the symbol ML, Mr Harris professes such optimism as his company advances its exploration in the Argentine portion of what is known as the “Lithium Triangle,” a zone which hosts some of the world’s largest lithium resources.

Mr Harris outlined market and company prospects during an update to investor interests in London.

The background is the strong demand foreseen from the new battery mega-factories, as global supply is tightening. Lithium goes into manufacture or consumer use of computers, mobile phones, ceramics, electric cars and aircraft among many other sectors. Despite highly-publicised cases of battery instability (lithium batteries are scheduled under Class 9 of the code drawn up by the UN Committee of Experts on the Transport of Dangerous Goods by road, rail and sea) the economic case continues to be strong.

Lithium resources are plentiful, and more than 100 companies are developing projects, but only a handful are on the road to production because of the technology required, Mr Harris underlined.

Millennial, which has a market capitalisation of between $55m and $60m, is paying $4m plus 1m shares for 100% of the 1,221 hectares Pastos Grandes Lithium Project in the “Lithium Triangle” in the province of Salta.  Millions of tonnes of lithium carbonate equivalent are being discovered and extracted there. The project is subject to a 1.5% net smelter royalty, which the company has the option to purchase for $3m.

Applications for an additional 4,236 hectares have been submitted to the government of Salta. The province is considered the most mining-friendly district of the country.

Part of a definitive trend, the Pastos Grandes salar (salt deposit) contains brines with lithium content considered to allow the company to start low cost production with conventional technology within three years. The goal is 10,000 tonnes a year: nearby there are said to be many other projects in the pipeline which will produce at that level. These will require substantial local labour.

Located 231 km from the city of Salta at an elevation of 3,800 m, the project is accessible year-round using paved highway and dirt roads from the provincial capital. The French company Eramine Sudamerica previously invested more than $4mon the project in 2011 and 2012.

A different company, Orocobre, is in production 120km north of Pastos Grandes.  Lithium Americas, now merged with Western Lithium, has an advanced project a short distance from Orocobre.

Millennial currently has C$3m cash. Extensive development work and exploration studies have been carried out at Pastos Grandes, and spending of $20m is estimated to be needed in the next year to get to the stage of a pre-feasibility study. Ultimately a total of $130m capital expenditure is envisaged.

Mr Harris says the quality of his team “separates us from all the other wannabes.”

Millennial has on board two of the world’s leading lithium geologists: Iain Scarr as vice-president for exploration and development, and Dr Vijay Mehta as chief technology adviser. Mr Scarr’s career has included a 29-year stint with Rio Tinto, and Dr Mehta has extensive experience of research and process technologies for lithium and other minerals.

Mr Harris, who has had 30 years in the capital markets, said that Argentina’s president Mauricio Macri elected in November 2015 (beating the Peronist candidate who had hoped to succeed Cristina Fernández de Kirchner) was encouraging investment back into the country. “Instead of having the door slammed on you, the door is open. It is a positive place to do business.” Mr Macri’s administration was cracking down on corruption, said the Millennial Lithium chief.

In late September, the company entered into an option agreement to acquire 100% of another project in the Lithium Triangle, the 2,990 hectare, drill-ready Cauchari East Lithium Project in neighbouring Jujuy province. The deal is subject to the approval of the TSX Venture Exchange. The project is on the eastern side of the Cauchari-Olaroz Salar, next to Orocobre’s producing salar and to Lithium Americas Corp’s advanced stage project. The aim is to begin drilling the project soon and if successful, pumping tests will be carried out in 2017.