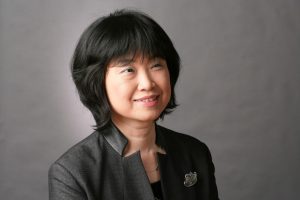 The prestigious Asia Maritime Lawyer of the Year Award celebrates the very best in the legal profession and those who have delivered the highest quality service to the maritime industry over the past 12 months. The awards ceremony was held at the Shangri-La Hotel in Singapore.

Rosita was described by the Judges as “renowned for her long-time excellent legal service and diversified streams of practice provided to the different sectors of the maritime industry in Asia and globally” as well as having “a tremendous reputation in the shipping industry. She is called upon by local and international clients for issues from corporate and regulatory matters to major accident and disputes.”

David Beaves, Managing Partner of Ince & Co’s Hong Kong office, commented: “This is a thoroughly deserved accolade for Rosita and a tremendous honour to be recognised by the industry here in Asia. The award is a measure of Rosita’s dedication and commitment to excellence in our maritime team. On behalf of Ince & Co, we are absolutely delighted.”

Originally from Hong Kong, Rosita has been with Ince & Co for more than 25 years and is a leading figure in the firm’s marine sector. She specialises in shipping litigation and marine insurance, actively representing clients in Asia Pacific. She has also been involved in some of the leading maritime disputes in Hong Kong. Rosita has consistently been recognised by legal directories as a leading shipping lawyer in Asia Pacific and since 2011 has been a member of the Hong Kong Maritime Industry Council, the highest advisory body to the Government on the formulation of maritime policy.

In the last 12 months, Rosita has also been heavily involved in public service. She was appointed as the only lawyer to advise the Financial Services Development Council (“FSDC”) on the development of the insurance business – in particular maritime insurance – through her capacity as a member of a special advisory group. She was also appointed as a member of the Hong Kong Maritime and Port Board (“HKMPB”) of the Hong Kong Government, following her service on the Maritime Industry Council. The HKMPB is a high-level body established by the Hong Kong Government at the direction of the Chief Executive of Hong Kong.

Rosita has previously received regional and global recognition, having been nominated by her peers and in-house counsel in winning the “Best in Shipping” award in the survey run by Women in Business Law. She was also named by Lloyd’s List as a Top Ten Maritime Lawyer and one of the 100 Most Influential Maritime Personnel in the World.