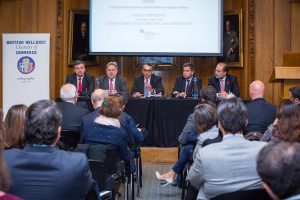 Greece releases over half a million acres of land worth more than Euro 33 billion for tourism, hospitality and retail development.

Speaking at this week’s* ‘Greece: A Financial Overview and Investment Opportunities’ conference held at Lloyd’s of London and in the presence of  Prof. George Katrougalos M.P. Alternate Minister of European Affairs in the Athens Government the Greek Ministry of National Defence announced the release of nearly one thousand five hundred (1,500) former military sites for tourism and urban development.

The sites range from Aegina only thirty minutes from Athens by boat, to huge areas surrounding the village of  Perdika, the small unoccupied islands of Fleves and Flevopoula in the Argosaronic Gulf, right across Astir Palace Hotel and development project in the Athens Riviera, and even a neoclassical building situated in the Centre of Athens which could easily accommodate a superior boutique hotel. 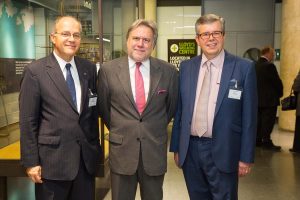 George Zissimatos who is in charge of the Directorate for the Real Estate Development of the Armed Forces told the packed house at the conference that this was a huge opportunity for the international tourism industry, for the Greek economy and for the people of Greece both in economic terms and in the projected thousands of jobs which the proposed developments would create.

The Directorate will offer up to 99 year-long leases on the 1,477 sites and is anticipating that many contracts will be awarded after an electronic bidding process. They believe that most interest will be in hotels, resorts, luxury camps and golf courses with shopping and entertainment malls also in the design stage. Most importantly the Directorate anticipates that the ‘packages’ on offer will benefit from expeditious handling and processing of issues ranging from planning to work permits.

Greece received over 23.5 million visitors in 2015 with more than 30 million expected this year showing a growth rate approaching 16 % and contributing nearly 18% to Greek GDP. 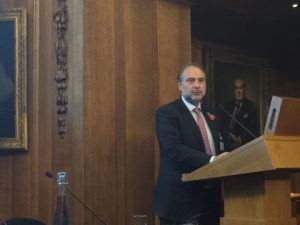 The President of the Athens based British Hellenic Chamber of Commerce, which organised this week’s conference,  Harris Ikonomopoulos** referred to a “game changer”*, ie the national consensus that seems to have been reached between the Greek coalition government and the Opposition regarding the upcoming constitutional reform, at least regarding political and tax rates stability, welcomed the proposals and said that ‘this is a wonderful example of how the Greek economy is looking to the future’.

Professor George Katrougalos, Greek Alternate Minister of Foreign Affairs, presented the Greek Government’s plan and referred to the progress of other major reforms.

Paul Kazarian, Founder and CEO of Japonica Partners, a heavyweight investor in Greek bonds presented a working draft estimate, drafted by international accounting firms that cost to his company app €35m, as per which the Greek 2013-2015 debt’s present value level is estimated to be just 45% of the Greek GDP, not only lower than the Irish, Spanish, Italian or Protuguese Debt/ GDP ratio but, mainly, way lower than the 177% presented by unofficial data that keep on considering the debt’s future face value, instead of the present one. 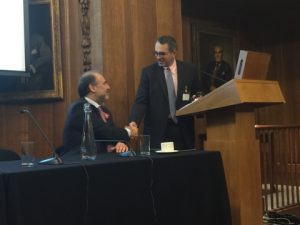 Mr. Kazarian urged the Greek government to adopt international financial standards (IPSAS or IFRS) and start publishing annual balance sheets – as the US, UK, Switzerland, Germany, IMF, EU ao already do  –  something which would enhance transparency and trust of the international investment community and boost investment, since it could bring 3y Greek government bond rates down from 7% to 1%, as in Cyprus and Portugal.

This British Hellenic Chamber of Commerce 11th Annual London Conference in collaboration with the London School of Economics’ Hellenic Observatory will remain as the best ever event of its kind given the openness of its speakers and the issues tackled in a way that never ever before same have been addressed.  It was also the first with a real business content since 2011! The event was introduced by Mr. Benno Reischel, head of Europe at Lloyd’s ; the newly appointed Greek Ambassador Dimitris Caramitsos-Tziras also spoke as well as Prof. Kevin Furtherstone, Eleftherios Venizelos Chair at the LSE. The event was under the title / theme: “GREECE: A financial Overview and Investment Opportunities”. Other speakers included Panagiotis Mavraganis from the HRADF(TAIPED) who delivered a paper on “Tourism related real estate privatisation”; Alexandros Sarrigeorgiou, chairman of the board & executive of Eurolife ERB Insurance Group and chairman of the board of Hellenic of Insurance Companies on “Investment opportunities in the financial services”; Dimitris Tsesmetzoglou, ceo and vice chairman of Matrix Insurance and Reinsurance Brokers on “Managing the opportunity or investing in the crisis? – from a Lloyd’s broker’s perspective and Dr. Nicos Porfiris, deputy coo, Athens Exchange Group on “Investment opportunities through ATHEX.  Good to see in  the audience the new British Ambassador in Athens Ms Kate Smith – her tenure starting in January 2017, as well as one of the former Ambassadors in Greece Mr. David M. Landsman, now executive director at TATA Limited.

A nice wrap-up by Harris Ikonomopoulos and needless to say some very interesting questions from the hundred plus strong audience at the Old Library at Lloyd’s. Amongst the  audience we spotted Dinos Arcoumanis ambassador-at-large on energy and new technologies/Hellenic Republic,  Argirios Emmanouilides from Lomar Shipping, Lilian Evgenides from Teekay Shipping (UK) Ltd.,  Demetra Laura Bond, Viki Fotopoulou from Barclays Risk, George Hatziioannou of EIRAnews.com., Effie Kyrtata ceo from Reload Greece, Chrysanthi P. Lemos, Omiros Sarikas, managing partner from Brookstreet Equity Partners LLP., Alexandros A. Tsavliris from the Tsavliris Group., Dr. Georgina Tsangas, lecturer in law at the University of Bristol, Aphrodite Vamvacopoulou from Critical Publics and many others. Present were also the Greek Economic and Commercial Councellor at the Greek Embassy Antonis Katepodis, and Irene Kioulafi from the Greek Embassy’s Press Office.

** Mr. Ikonomopoulos’ speech can be found herebelow; please log on:

HARRIS IKONOMOPOULOS AN INTRODUCTION TO THE BASICS 141116