Tsavliris Christmas Party 2016 yet another success

With the Britannia Room at the Royal Thames Yacht Club (RTYC) breaking to its seams, all four sections were opened to accommodate the hundreds of guests present to celebrate the Christmas season at this year’s Tsavliris Salvage Group event. It was, as always, the first major Yuletide maritime event of its kind in the British capital! Anny Zade writes:

For sure the first comment or question will be: “Who wasn’t there?” and rightly so given that all sectors of the world’s shipping cluster where represented; academics, average adjusters, bankers, bunker brokers, charterers, class society executives, diplomats, medical doctors, environmentalists, flag state representatives, government officials, journalists and media consultants, lawyers, barristers and QCs, marine consultants, P&I club representatives, politicians, risk managers, salvage experts, shipowners and shipmanagers, you name it they were there! 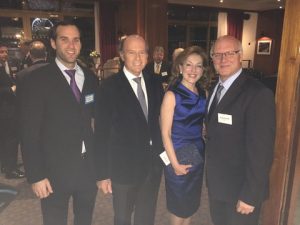 Andreas A. Tsavliris and his son Alexander having just welcomed the Amarantidis’ 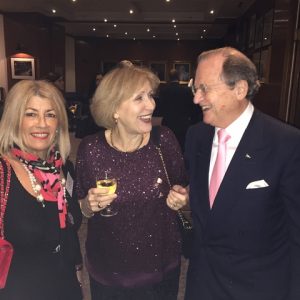 Jeremy Thomas and Gerard Matthews from the London Shipping Law Centre, Helen Belgrano-Operto from Richards Hogg Lindley, Captain Chris Adams from Steamship Mutual P&I, William Bennett from VesselsValue, Tania Bourla from the UK P&I Club, Victoria Soman from Edge, Charles Scott from MWaves, Simon Gutteridge from Maritime & Offshore Media and many many others including the ever present Inge Mitchell – blessed by Poseidon she was there! 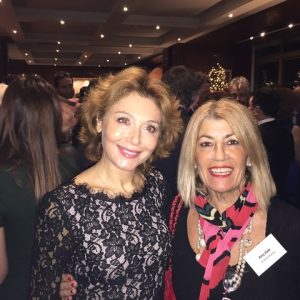 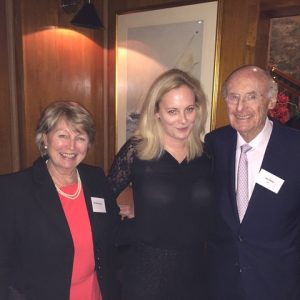 Marios Demetriades, the Cypriot Minister of Shipping, one of the most familiar faces in the administrative maritime world was once again present and said a few pithy words.

The event coincides with the end of the annual Informa forum on Salvage and Wreck and given the fact that a great number of delegates, speakers and exhibitors were there, interesting discussions continued at the party on LOF, premiums and environmental salvage. We also overheard interesting …gossip on the shipping markets, the BDI’s low levels with uncertainty and volatility prevailing, as well as the current week’s drop being the number one concern. The state of bankruptcies and lack of finance available was also an issue discussed as was the BREXIT, …GREXIT and all of a similar weight that exists.

We believe that as per the Y2K Millennium …issue, nothing much will change… and or happen… The surprise election of Donald Trump as the next American president was naturally a big topic … 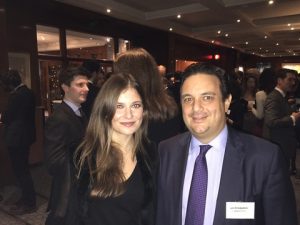 A great evening of business networking but entertainment too as the Festive Season is on for yet another month!

Excellent drinks and canapés complemented the evening, and as always an event to meet friends from the past!

Our hosts, two of the Tsavliris brothers, George and Andreas with family members and colleagues from the Piraeus and London offices, did, together with the RTYC personnel, a grand job in entertaining us. 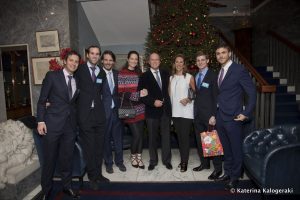 George A. Tsavliris in a jovial as always mood, delivered this year’s Christmas speech*, and as you will hear herebelow in the live video, he covered all aspects and left us all with a positive and jovial message.

Lastly, congratulations to Jan May, the person behind all Tsavliris’ London events and her team for organising the event!

More pictures to be added soon.

Damen to build 16 ferries for the Ivory Coast