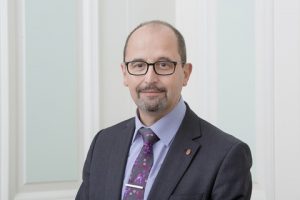 Lloyd’s Register Foundation and the Royal Institution to work together in recognition of more than two centuries of shared heritage and a commitment to inspiring young people with the wonders and applications of science.

The Foundation and the Royal Institution (Ri), have come together to launch a year-long programme of innovative and creative public engagement activities inspired by the world-famous CHRISTMAS LECTURES. Thanks to the Foundation’s generosity, the Ri’s 2016 CHRISTMAS LECTURES will reach millions of young people, their families and their teachers from across the UK and beyond.

The 2016 CHRISTMAS LECTURES series ‘Supercharged: Fuelling the Future’, will explore one of humankind’s biggest challenges: how to generate and store energy. It will be presented by Saiful Islam, Professor of Materials Chemistry at the University of Bath. 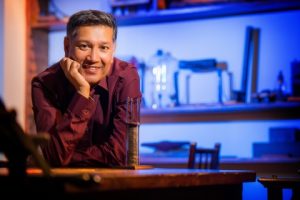 Gail Cardew, Professor of Science, Culture and Society at the Royal Institution, said: “We are delighted that the Lloyd’s Register Foundation have chosen to partner with us as our major supporter for the 2016 CHRISTMAS LECTURES. Our organisations share a rich heritage: the very first televised lecture by GI Taylor FRS was on shipping and I’ve been amazed to hear that so many people with connections to Lloyd’s Register over the last two centuries were also members of the Ri. More importantly, both organisations share a commitment to inspiring young people about science as well as ensuring the applications of science are used responsibly and safely for the benefit of society. I look forward to seeing what we can achieve together through the 2016 CHRISTMAS LECTURES.”

The 2016 CHRISTMAS LECTURES programme supported by the Lloyd’s Register Foundation and a wider community of supporters, will involve three live shows in the Ri’s iconic lecture theatre, a UK television broadcast and will make the Lectures available to an international audience through the Ri Channel and social media activities. The partnership will support thousands of teachers and students up and down the country through education initiatives including the launch of a touring live show for schools and continuing professional development sessions for teachers inspired by the lectures, an online engagement project called ‘I’m a Scientist, Get Me Out of Here’ and free online teaching resources to help teachers bring the magic of the lectures into the classroom.

Its vision is to be known worldwide as a leading supporter of engineering-related research, training and education that makes a real difference in improving the safety of the critical infrastructure on which modern society relies. In support of this, it promotes scientific excellence and acts as a catalyst working with others to achieve maximum impact.

About the CHRISTMAS LECTURES 2016
Celebrating 80 years since the Royal Institution’s CHRISTMAS LECTURES were first televised, chemist Professor Saiful Islam from the University of Bath explores one of humankind’s biggest challenges: how to generate and store energy, with guest appearances from Christmas Lecturers past.

In this year’s commemorative series, demonstrations will be inspired by classic television moments from past Lectures which include George Porter’s ‘The Natural History of a Sunbeam’ from 1976, Peter Wothers’s ‘The Modern Alchemist’ from 2012 and Danielle George’s ‘Sparks will fly’ from 2014. Saiful will be joined on stage by a host of very special guests – past Christmas Lecturers.

The 2016 CHRISTMAS LECTURES are produced by Windfall Films for BBC Four. The three part series will be broadcast on 26, 27 and 28 December at 8pm.

For more information on this year’s series, please visit: www.rigb.org/christmas-lectures/supercharged-fuelling-the-future