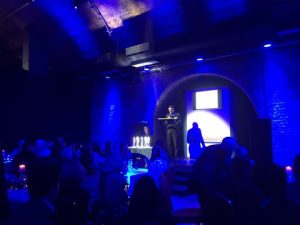 London, UK, Wednesday, 14th December 2016 – Journalists and editors from across the supply chain and maritime industry were recognised for outstanding writing at The Seahorse Club’s awards in London last week at a full house in  the Steelyard, off Upper Thames Street in the Square Mile… 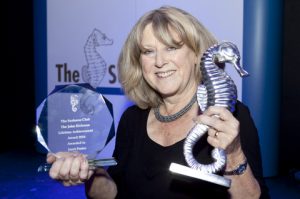 “Janet is a phenomenal journalist, who is much loved by industry contacts and her newsroom colleagues,” said Peter Owen, Chairman, The Seahorse Club.

“Her passion for the subject at hand and attention to detail are second to none and she is a force within any organisation.” 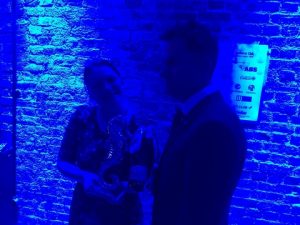 One of the awards was the first of its kind, the Journalism on Innovation Award, with Ines Nastali, Industry Reporter at The Marine Professional, scooping first prize, as well as taking home the Newcomer of the Year Award.

Julian Bray, Editor-in-Chief of Tradewinds, was named Seahorse Journalist of the Year, whilst Nicola Good, Executive Editor of Fairplay, was awarded International Editor. 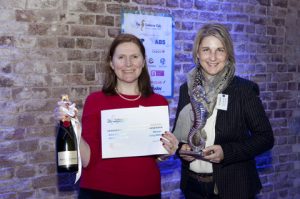 Other winners of the night included Helen Kelly and Gary Howard from Lloyd’s List, who were jointly named Feature Journalist of the Year. This category is always difficult to judge, and never more so than this year with over 40 entries.

Peregrine Storrs-Foxx, Risk Management Director at TT Club, was named winner of The John Rose Personality of the Year Award. 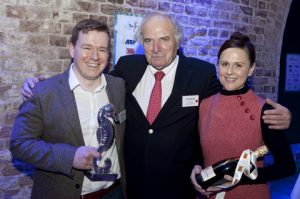 Great support for the nominated charity TRANSAID; a fantastic Christmas Catd Raffle in support of this very special cause!

The Seahorse Club is a networking group for journalists and professionals in the freight transport, shipping, and logistics sectors founded in 1963.

To find out more visit seahorseclub.co.uk

The Seahorse Club is a lively networking group; a forum for public relations, marketing, advertising and journalism professionals within the freight transport, shipping and logistics sectors.

The Network was founded in 1963 with the main aim of providing a positive social and professional forum ‘promoting the promoters’ of sea travel. Since that date it has broadened its scope to embrace all other forms of transportation products, systems and services. The common bond is that Seahorse members enjoy the industry and enjoy sharing their experiences with other members.

Whether you represent transport principals or promote an in-house service, the Seahorse Club provides an excellent opportunity to meet others with similar jobs and interests. We hold regular events designed to inform, entertain and create debate, drawing on the experiences of members, special industry guests and trade journalists; in particular these include The Christmas Party and Journalist Awards and the Summer Barbecue.