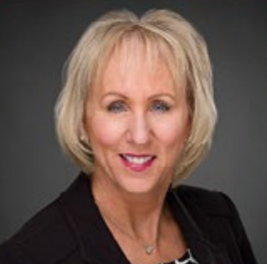 Brussels, 16 December, 2016) – Cruise Lines International Association (CLIA) has released the 2017 State of the Cruise Industry Outlook, detailing a steady pace of cruise travel interest and significant investment in the industry. CLIA, the world’s largest cruise industry trade association, is also predicting the top eight cruise travel trends that will have an impact on the industry in the coming year.

Increase in cruise travel is expected to continue throughout 2017, with an estimated 25.3 million passengers expected to sail in 2017, a strong surge from 15.8 million just 10 years prior (2007). More ships will set sail in 2017 as well. CLIA reports that cruise lines are scheduled to debut 26 new ocean, river and specialty ships in 2017 for a total investment of more than $6.8 billion in new vessels* From 2017-2026 the industry is expected to introduce a total of 97 new cruise ships totaling an estimated investment of $53 billion through 2026*.

“The cruise industry is responding to global demand and we are highly encouraged by both the short-term and long-term outlook,” said Cindy D’Aoust, president and CEO, CLIA.  “From technological advancements and deployment of new ships to new ports and destinations around the world, the industry continues to respond to desires of today’s travelers resulting in steady growth and strong economic impact around the world.”

As part of the 2017 State of the Cruise Industry Outlook, CLIA has forecasted the top eight cruise travel trends that will have the most impact on the cruise industry this year.

1.       New Generation Takes to the Water – A recent study found that younger generations—including Millennials and Generation X — will embrace cruise travel more than ever before, rating it as better than land-based vacations, all-inclusive resorts, tours, vacation house rentals, or camping.

2.       Travel Agent Use Increases – According to the American Express Spending & Saving Tracker, consumer use of a travel agent increased nearly eighty percent from 2015 to 2016. Supporting this, CLIA is forecasting that travel agents will continue to be the matchmakers between travelers and cruise lines in 2017. Today, there are more than25,000 CLIA-member travel agents globally compared to 12,000 in 2010. CLIA also found that cruisers report high levels of satisfaction with their travel experience when assisted by an agent.

6.       Drivable Port Locations in Favor – The cruise industry offers a variety of small and large market port location options across the United States and internationally. Citing the advantages of a myriad of locations seven out of ten(69 percent) non-cruisers believe the greatest benefit is cost savings and three quarters (74 percent) of cruisers like the convenience of driving to a cruise ship.

8.       Demand for Expedition Cruises – According to the Adventure Travel Trade Association, adventure travel is growing at a record pace and CLIA is reporting that cruise expeditions are seeing the impact. In fact, itineraries for Antarctica regularly sell out.