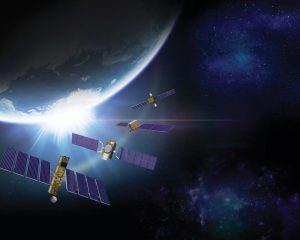 As a result of a significant Fugro technology achievement, users of its G4 satellite correction service will be among the first in the world to benefit from Galileo’s much anticipated ‘initial services’ launch.

Fugro’s G4 service, launched in February 2015, was the first to utilise all available global navigation satellite systems (GNSS) – GPS, GLONASS and BeiDou. From its launch date the service was prepared for Galileo, and Fugro’s G4 users now have access to almost 80 satellites from the four GNSS systems – a significant advantage when line-of-sight to certain satellites is obstructed by offshore structures.

Anders Haneborg, Fugro’s Commercial Manager said, “Fugro has an enviable track record when it comes to delivering the benefits of innovative global navigation systems. Crucially, we were the first to use all of the existing global navigation systems when we launched our G4 satellite correction service in February 2015. Now G4 service users will be among the first to benefit from the 11 additional satellites available via Galileo’s initial services operations.”

Typically this equates to three or four more satellites at any point on earth at any time, which will greatly improve the accuracy and reliability of Fugro’s G4 positioning services. “This is a key consideration for our customers during critical positioning operations,” continued Anders. “More satellites in orbit means more are visible above the horizon and more signals can be compared, more quickly, giving a more precise location.”

Fugro’s G4 augmentation signals are transmitted via seven high-powered communication satellites, to provide at least two independent broadcast channels anywhere in the world. Customers will be among the first in the world to benefit from the launch of the new Galileo Initial Services. Fugro was the first to market with G2 (the US’s GPS and Russia’s GLONASS systems) in 2009, and then first to add the Chinese BeiDou system in 2015.

Fugro is the world’s leading, independent provider of geo-intelligence and asset integrity solutions for large constructions, infrastructure and natural resources. We collect data on topography, soil composition and environmental conditions, both onshore and offshore. We organise the acquired data and add value through processing, interpretation and visualisation. In addition, we provide geo-related design, asset inspection and integrity advice. Our services play a critical role in the entire lifecycle of our clients’ construction and infrastructure projects.

Fugro works around the globe, predominantly in energy and infrastructure markets, employing approximately 11,000 employees in around 60 countries. In 2015 Fugro’s revenue amounted to around
EUR 2.4 billion. Fugro is listed on Euronext Amsterdam.

Galileo is Europe’s Global Satellite Navigation System. It currently has 18 satellites in orbit enabling it to provide a range of state-of-the-art positioning, navigation and timing services to users worldwide. The full constellation foresees a total of 30 satellites and is expected to be completed by 2020.