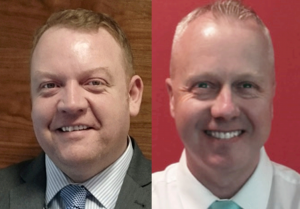 North P&I Club has strengthened its loss prevention team this month with the appointment of loss prevention executive John Southam, a master mariner with global experience in container, offshore, shipbuilding and consultancy roles. Together with the recruitment of survey executive Stephen Maclennan from the Royal Navy earlier this year, his appointment boosts the Club’s international loss prevention department to 14.

Southam was previously a marine consultant and surveyor with Braemar Technical Services in London. He started as a cadet with P&O Containers, where he rose over 10 years to become a chief officer on deep-sea container vessels operating worldwide. From 2007 to 2012 he served on various offshore energy support vessels in the North Sea and India, after which he spent the next three years in South Korea with the new-build project team of Dolphin Drilling, part of Fred Olsen Energy.

Maclennan previously served in the British Royal Navy for 28 years, rising to the rank of warrant officer first class. His most recent role was as officer in charge of the close-range weapons training school, where he was involved in overseeing the Navy’s maritime counter-terrorism training programme. Prior to that he was part of the Navy’s training delivery team, ensuring its new ships were manned and operated correctly before deployment.

Both Southam and Maclennan are based at North’s head office at Newcastle upon Tyne, UK, where they will be involved in all aspects of the Club’s comprehensive range of loss prevention activities. Southam will focus on supporting Members in Greece and North America, who together account for over 25% of the Club’s entered tonnage, while Maclennan will coordinate and oversee North’s vessel condition survey programme.

Loss prevention director Tony Baker says, ‘John’s international experience in container, offshore, shipbuilding and consultancy roles, combined with Stephen’s extensive maritime training and counter-terrorism skills, will be of real benefit to our Members and a great asset to the loss prevention team’.

North P&I Club is a leading global marine insurer providing P&I, FD&D, war risks and ancillary insurance to 133 million GT of owned tonnage. North acquired Sunderland Marine in February 2014 and formed the North Group. Through Sunderland Marine, North is also a leading insurer of fishing vessels, small craft and aquaculture risks. The Standard and Poor’s ‘A’ rated club is based in Newcastle upon Tyne, UK with regional offices in China, Greece, Hong Kong, Japan and Singapore and Sunderland Marine offices worldwide. North is a leading member of the International Group of P&I Clubs (IG), with 11.5% of the IG’s owned tonnage. The 13 IG clubs provide liability cover for approximately 90% of the world’s ocean-going tonnage and, as a member of the IG, North protects and promotes the interests of the international shipping industry. For further information visit: www.nepia.com.

Thome Signs up to Neptune Declaration on Seafarer...