With what it says is the most advanced battery-grade graphite project in the US, development company Alabama Graphite Corp appears ideally placed to benefit from the economic and trade policies of the incoming Donald Trump administration.

Company president and chief executive Donald Baxter, who says the enterprise has considerable support from interests in the state of Alabama, has been quick to meet leaders at federal level who are likely to have an important say in how Mr Trump puts his mandate into effect.

Mr Baxter is pictured here in the rotunda of the Russell Senate Office Building in Washington DC, on October 20, 2016, after meetings with senior staff members in the offices of Senator Jeff Sessions and Senator Richard Shelby who both represent Alabama. Senator Sessions has been nominated by President-elect Trump for the post of Attorney General.

In December Mr Baxter travelled to London and other European centres to meet current and potential investors as part of a drive to raise investment for a feasibility study, secondary pilot plant and full mine and environmental permitting (all of which can be completed concurrently). Alabama Graphite is the only graphite development company in the world whose core business model is predicated on secondary-processed battery-ready graphite engineered for use in secondary lithium-ion batteries. At all other graphite development companies, the fundamental model is based on producing many tens of thousands of tonnes of primary processed flake graphite concentrates for use in more traditional industrial graphite applications. 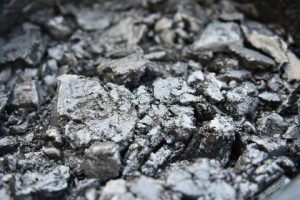 The company’s flagship project at Coosa County, Alabama, has at 78.5m tons the largest indicated mineral resource of flake graphite in the US. Together with a second project in the state, Bama Mine Project in Chilton County, more than 43,000 acres are encompassed.

The business plan of Alabama Graphite (symbol* CSPG on the TSX-Venture exchange) appears to chime perfectly with the aims of the administration that will take power on January 21 2017. Mr Trump and his team are keen to expand domestic energy production and to substitute imports from China and elsewhere, especially in homeland security matters. The project potentially satisfies Mr Trump’s “American jobs, not Chinese” line.

Mr Baxter and fellow directors argue that the rapidly expanding American Li-ion battery industry will require a secure, reliable US source of coated spherical graphite (CSPG), particularly for the Department of Defense and Department of Energy, that China will be unable to meet.

Alabama Graphite defines itself as a “US green-energy supply chain producer with an innovative business model.” The company has already produced samples of high-purity material and had it independently tested in Li-ion batteries. Test results are said to have exceeded the comparison benchmark of commercially available material.

Mr Baxter told investors during a London meeting that there is 10 times more graphite in a lithium battery than there is lithium. “Everyone is overlooking that fact. The anode in a L-ion battery is graphite. Natural graphite is… more cost effective, it performs better and there is more energy [than synthetic graphite].”

Synthetic graphite, which is energy-intensive to produce, costs upwards of $20,000 a tonne, compared with a range for Alabama Graphite’s product of between $8,000 and $12,000.

Mr Baxter characterised demand growth as exponential.  According to UK-based Benchmark Mineral Intelligence, for 2016 the total globally battery-ready market was estimated at 105,000 tonnes – consisting of approximately 60% natural and 40% synthetic. By 2020, Benchmark estimates that as much as 400,000 tonnes of battery-ready graphite will be required to meet global demand. Graphite represented 15% of the cost of a lithium battery (the average cost of the anode is 30% of the battery; graphite is 50% of the anode cost equating to 15% of the cost of a cell).

The European market is more than twice the size of the US market, and the booming car battery market will reflect the switch to cleaner, greener transport. “You cannot have a clean automobile with dirty inputs,” observed Mr Baxter.

At present, 75% of the world’s primary -processed flake graphite concentrate and 100% of the secondary-processed battery-ready graphite comes from China. For companies making products for the US military this is a tremendous problem in political and supply terms.

View of the 42,000-acre Coosa Graphite Project land package. All photos in this article courtesy of Alabama Graphite Corp.

The Chinese no longer want to sell graphite – they would rather sell value-added goods and need to use more graphite themselves, said the Alabama Graphite chief. They are consolidating industries, and addressing China’s deplorable environmental standards.

Mr Baxter said that graphite from China and was not produced in an environmentally sustainable manner. There were reports of farmers protesting about effluent flowing from plants using chemical processes that produced “dirty graphite.” This meant that costs in China would rise amid a need to clean up the country’s production methods.

One of the premier experts on graphite – he is described as the most experienced graphite mining engineer in North America – Mr Baxter is said to be winning strong support for his company’s project from all levels of state government and from local stakeholders. He restructured and rebuilt “the energy graphite company” from scratch, with a completely new strategy that focuses on producing only high-value, battery-ready graphite, with an emphasis on potential end users who would benefit from the associated ‘sourced-in-US’ claims.

Tyler Dinwoodie, executive vice-president of the company, emphasised the “strong distinction” between graphite described as “sourced in America” and that “made in America.” He said: “The material which is ‘made in America’ may come from anywhere in the world. ‘Made in America’ claims are largely semantic. ‘Sourced’ means the material can be traced back to the US, and this is more important to the Department of Defense.”

Mr Dinwoodie said: “Everything we do is about environmental sustainability and providing a US-sourced solution for a critical, strategic material.”

Alabama Graphite has (for the sector) a low capital expenditure requirement of $43m, and an independent Preliminary Economic Assessment has indicated a post-tax internal rate of return of more than 45.7% with a payback of two years.

The company plans to mine, process and sell secondary-processed finished, battery-ready CSPG to end-user battery manufacturers for $7,250 per ton, an advantage over other graphite miners who will be producing primary-processed large flake graphite for intermediary CSPG producers at a cost currently of $850 per ton.

Alabama Graphite has shipped sample materials to several potential customers and recently announced that the company had sent multiple specifications to several US-based Li-ion battery manufacturing contractors for the Department of Defense which will evaluate the product for potential defence applications.

The company, which has “approximately 4m tons in situ graphite” in its graphite resource, is delighted with its location.  Alabama’s moderate climate allows for year-round mining, while rival development companies in Alaska, Ontario and Quebec face seasonal limitations. The company’s graphite projects are weathered oxidised (soft rock) deposits, which do not need drilling or blasting.

Coosa has available infrastructure in terms of roads and power, and access to markets and potential customers. “We are three hours from the port of Mobile so we are definitely in reach of shipping here [to Europe],” said Mr Baxter.

The initial capital expenditure foreseen of $43m is said to be the lowest among graphite development schemes. A 27-year life of mine would bring in revenue of $2.4bn.

Having previously carried out three relatively small capital-raising exercises in 2016 the company is comfortable with its cash position.

For investors, the company is said to be at an appealing entry point with potential for high returns with minimal technology risk.

With a current market capitalisation of around C$20m, the business is claimed to be undervalued. Mr Baxter said: “Our share price and market cap is in no way reflective of our business model.”

Although new battery chemistries are regularly advocated by industry followers, Mr Baxter said: “With more than $25bn being spent on lithium-ion gigafactories and megafactories worldwide, I have no concerns that graphite is going to be displaced in lithium-ion batteries any time in the foreseeable future.” He declared: “Car companies are becoming battery companies – Tesla is an energy company, it is not a car company.”