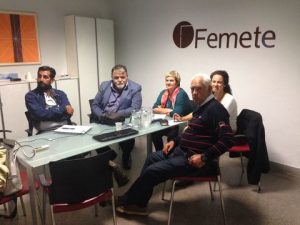 Capt. Antonio M. Padrón y Santiago, “IMO Maritime Ambassador” and Maritime Authority of Tenerife, participates in the organization of a regatta that will promote the practice of nautical sports throughout the Canarian archipelago

Among others, the entities participating in this first meeting were: