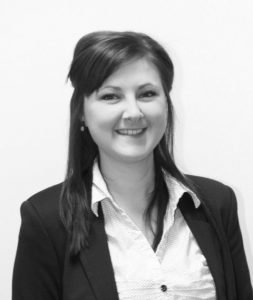 Catherine Austin has assumed the role of Director Marketing and Communications at Gothenburg-based I-Tech, inventor and supplier of the unique marine anti-fouling agent Selektope®.

In the newly-created position Catherine Austin will direct the marketing strategy and external communications for Selektope®. Using her extensive experience in technical writing, research and stakeholder engagement she will be responsible for continuing to raise the profile of the unique anti-fouling ingredient in the marine industry.

Catherine has joined I-Tech following her departure from marine publishing and events company Fathom Maritime Intelligence, where she held the position of Executive Director. She is a technical journalist and has held the position of editor-in-chief for Ship Efficiency Review in addition to writing for various other marine trade media publications.  Prior to this, Catherine held a senior role in the Carbon War Room’s Shipping Operation and worked for specialist marine PR firm Blue Communications.

“I am very pleased that Catherine has joined I-Tech in the position of Director Marketing and Communications. Catherine’s experience in technical writing, research and communications coupled with her passion for Selektope® make her the perfect addition to our growing team” says Philip Chaabane, CEO, I-Tech AB.

Selektope® is an active biocide that repels barnacle settlement on ships’ hulls by temporarily stimulating the barnacle larvae’s swimming behavior. It is distinguished by extremely low biocidal loading and has been approved by Japanese, Korean, Chinese and European regulatory bodies for professional and non-professional use.

The breakthrough antifouling ingredient also secured two prestigious industry awards in 2016. One from the European Marine Engineering Awards and another from the Tanker Shipping & Trade Awards, both in recognition of the breakthrough marine coating ingredient’s Environmental Performance.

About Selektope®
Selektope introduces, for the first time, a pharmacological mode of action to combat barnacle settlement. By temporarily stimulating the octopamine receptor, the barnacle larvae’s swimming behaviour is activated and the organisms are deterred from the hull. These ground-breaking discoveries enable unrivalled power at very low concentrations, yet within the limits of rigorous risk assessments. Selektope is an organic, non-metal compound with efficacy proven at 0.1% w/w.

About I-Tech
I-Tech is a Gothenburg based bio-tech company with global reach, holding all IP and regulatory rights to the antifouling agent Selektope (generic name, medetomidine). The company is privately held and is supported by Swedish Energy Association, the European Innovation Initiative Eco-Innovation and FP7 SeaFront. The company is a member of the Astra Zeneca BioVentureHub.
www.selektope.com

US wasted its wealth on wars – Ma: Daily Wealth Letter