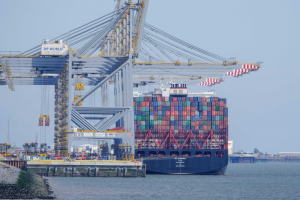 Trade in the Port of London in 2016 reached the highest this decade, rising 10% to top 50 million tonnes for the first time since 2008.

The strong performance reflects continued growth at terminals along the Thames.  The volumes of oil, containers and building materials all rose markedly.  Prior to 2016, port throughput had been increasing at between two to three percent, year-on-year.

“Our long term Vision is for 60 to 80 million tonnes of cargo to be traded every year through the Port of London – more than at any time in the Thames’ history.  Passing 50 million tonnes in 2016 is a major milestone towards this goal.” 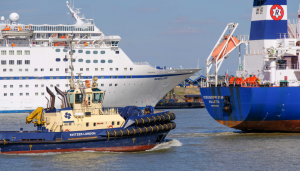 2016 saw the first cargoes delivered to the Thames Oil Port, the former Coryton oil refinery site now redeveloped as a fuel terminal.  At the Port of Tilbury, a new chilled store for NFT was opened and the acquisition of land for port expansion was completed.  DP World London Gateway handled increasing numbers of ultra large container ships – operating between Asia and Europe – benefiting from its operational resilience in bad weather, as well as securing additional central and south American and Oceania services; testing of facilities on Berth Three at the deep-sea port also started at the end of 2016.

·  The Port of London comprises over 70 independently owned and operated terminals and port facilities at different locations on the Thames. These handle a wide range of cargoes.

·  The Port of London Authority (PLA) is responsible for navigational, safety and related matters on 95 miles of the tidal Thames from the sea to Teddington in west London. The PLA provides navigational, port control / Vessel Traffic Services, safety, pilot, diving and other services for users of the Thames.

BWTS: Focus on possibilities to have more opportunities