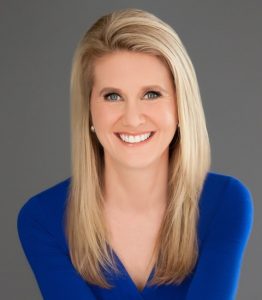 The award is given each year to those who have achieved distinction in the maritime world, those whose vocation or avocation has been the sea, or those who have ministered to or otherwise assisted seafarers.

As president of Princess Cruises, Swartz leads the world’s largest international premium cruise brand, overseeing a global cruise line and tour company with a fleet of 18 ships that carry 1.8 million passengers annually. The company is part of Carnival Corporation & plc.

Swartz has been with the global cruise line for 16 years. She began in March 2001 as vice president of strategy and business development and held various positions, including senior vice president of sales and customer services for Princess, and sister brand Cunard, and president of Princess Cruises. In December 2016, she was promoted to her newest role.

“Seafarers’ House plays an important role in the lives of mariners who come to our shores from around the world. Many of those who work aboard our cruise ships have come to rely on the organization to provide them with the support they need when they are away from their families and friends,” said Jan Swartz, group president of Princess Cruises and Carnival Australia. “It is such an honor for me to receive this award from an organization that fills such a critical need for the maritime community.”

Swartz, who earned her MBA from Harvard Business School, has been at the forefront of the industry in developing innovative educational programs, including the award-winning Princess Academy and business-building tools for travel agents such as OneSourceCruises.com

She also is president of the Princess Cruises Community Foundation, a non-profit public benefit corporation that provides financial and in-kind support to charity and relief organizations. In this role, she guides the foundation’s mission that serves to touch the lives of the people in the destinations Princess Cruises visits, the places where employees are from and through education and preservation of natural and historical global landmarks by responding to disaster relief and supporting global communities’ local health and welfare efforts.

In 2015, Swartz was named a Woman of Distinction by the Girl Scouts of Greater Los Angeles at their annual ToGetHerThere luncheon, which celebrates female leadership and inspires emerging leaders.

She also is a member of The Committee of 200 (C200), an invitation-only organization of the world’s most successful women business leaders. 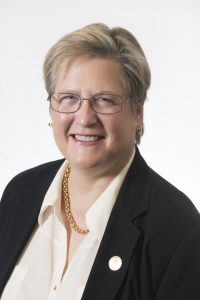 “As a female leader at the head of a major cruise company, Jan serves as an inspiration to all women, not only in the maritime industry, but also in the business world at large,” said Seafarers’ House Executive Director Lesley Warrick. “We are honored to recognize not only Jan’s professional accomplishments, but also her leadership role in the philanthropic arena as president of the Princess Cruises Foundation, a role she fulfills with great care and empathy. She clearly fits the model of a Golden Compass winner as an advocate and trailblazer.”

This year’s annual Golden Compass Gala is being held May 13, 2017 at the Hyatt Regency Pier Sixty-Six in Fort Lauderdale.  It will begin at 6 p.m. with a cocktail reception and silent auction, to be followed by a dinner, award presentation and entertainment.

For additional information about the gala, tickets, sponsorships and underwriting options, please email events@seafarershouse.org or call 954-734-1580.

Seafarers’ House at Port Everglades is a non-profit organization supported by the faith-based community as well as by labor, business and civic leaders with a mission “to offer refuge, resources, renewal and respect to the maritime community through multi-faith service.” Open throughout the year, Seafarers’ House is a safe, friendly place where mariners can connect with their families, relax, or get emergency assistance if needed. With the help of its supporters and volunteers, Seafarers’ House offers many services including low cost international phone calls, free transportation, Internet access, counseling services, liaison with authorities as well as recreational facilities. Seafarers’ House was honored as the 2015 Seafarer Advocate of the Year by Lloyd’s List North America and received the 2014 Salute to Business award from the Greater Fort Lauderdale Chamber of Commerce. In 2012, Seafarers’ House was honored with the Seafarers’ Center of the Year award from the International Committee on Seafarers’ Welfare – the first American agency to receive this international honor. Seafarers’ House annually hosts more than 150,000 visits by cruise and cargo ship crewmembers. For additional information visit www.seafarershouse.org.

One of the best-known names in cruising, Princess Cruises is a global cruise line and tour company operating a fleet of 18 modern cruise ships renowned for their innovative design and wide array of choices in dining, entertainment and amenities, all provided with the experience of exceptional customer service. As world’s largest international premium cruise brand, Princess carries two million guests each year to more than 360 destinations around the globe on more than 150 itineraries ranging in length from three to 114 days. The company is part of Carnival Corporation & plc (NYSE/LSE: CCL; NYSE:CUK).