Seafarers at Fawley not paid wages and without warm clothing 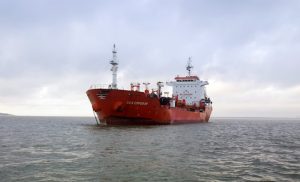 Seafarers on board a ship held at Fawley Port were found to be without warm clothing for days and their wages unpaid for three months.

The chemical tanker, Sea Emperor, was detained by the Maritime and Coastguard Agency on January 28, after it was found to have various equipment deficiencies. There was also a lack of cleaning products on board.

Peter was taken aback when he boarded the ship. “It was ‘pungent’ on board, to put it politely,” he said. “The crew were nervous around the marine superintendent and were reluctant to say anything at the time,” he added.

Sensing their uneasiness, Peter left his contact details with the crew, who texted him later to say they had not been paid their wages and that they had no warm clothing with them.

“The next day I brought fresh clothes, soap and other cleaning materials and also took them sim cards so they could contact their families in the Philippines,” Peter said. However, the ship had gone out to anchorage.

The following day, Peter joined a marine police unit which visited the ship at anchorage and delivered the supplies to the seafarers.

“They appeared happier and more relaxed. They informed me they had finally been paid and that cleaning supplies had been put on board.”

The ship has since left for Lagos, Nigeria, and is scheduled to arrive on February 18. AoS Lagos port chaplain Fr Gabriel Feyisetan has been asked to visit the crew.

AoS, via its team in Manila, will also be in contact with the crew members’ family to offer any support that is needed.

90% of world trade is transported by ship, and more than 100,000 ships visit British ports each year. However the life of a modern seafarer can be dangerous and lonely. They may spend up to a year at a time away from home, separated from their family and loved ones, often working in harsh conditions.

AoS chaplains and ship visitors welcome seafarers to our shores – regardless of their colour, race or creed and provide them with pastoral and practical assistance. They recognise them as brothers with an intrinsic human dignity which can be overlooked in the modern globalised maritime industry.