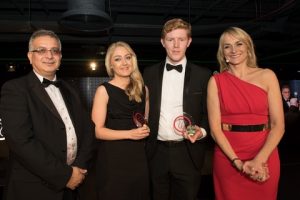 Mersey Maritime, the representative body for the maritime sector in the North West of England, is proud to announce the winners of this year’s Mersey Maritime Industry Awards (MMIAs).

The organisation, which represents the interests of a maritime cluster of more than 1,250 businesses, held its annual awards on Thursday evening (March 9) at a black tie gala dinner at Liverpool Football Club.

There were 12 winners on the night in categories ranging from Best Newcomer to Business of the Year Award. The winners are:

The judges’ award for Maritime Ambassador is decided each year by an independent judging panel, which was unanimous in choosing Ian Higby, Managing Director of Atlantic Container Line (UK) as its 2017 winner. 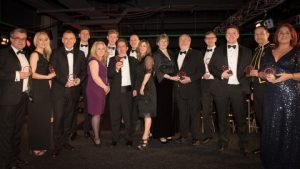 Chris Shirling-Rooke, Chief Executive of Mersey Maritime, said: “Our third event has exceeded all expectations we had when we started organising this event more than three years ago. Each year we have built on the success of the previous year and this year’s event was no different.  We had greater demand for tables, more award categories and more entries than ever before.

“We heard about some of the truly excellent businesses based here in the North West and this event is a fantastic opportunity to showcase the sheer diversity of their expertise and achievements. Our key message for 2017 is ‘Liverpool is Back’ and we certainly proved that on Thursday evening. We were also very honoured to hold the event at Liverpool Football Club, which provided a stunning backdrop for our maritime awards”

Key guests within the maritime sector included Bernhard Friess, Director of the European Commission and David Dingle, Chairman of Maritime UK. Jacqueline Foster, MEP for the North West, was as a guest speaker on the night.