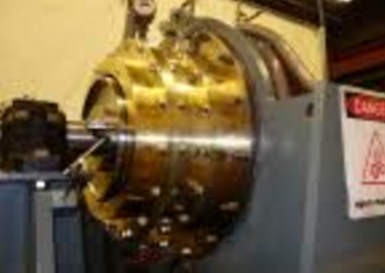 SeaThigor, the forward propeller shaft seal Thordon Bearings introduced to the market last year, has been nominated in the technology category of the Green4Sea awards, which will take place in Athens this April.

Commenting on the nomination, Thordon Bearing’s President and CEO, Terry McGowan, said: “We are delighted to have been nominated for this important award so soon after the SeaThigor’s introduction. After several years of development and testing, we have produced what I believe is the safest, most reliable propeller shaft seal on the market.”

Officially unveiled at Hamburg’s SMM exhibition, last September, the SeaThigor forward seal has been cited as “raising the bar in dynamic and static seal design”. It incorporates an ingenious secondary seal module to provide Safe-Return-To-Port capability in the event of a face failure of the primary seal.

A pneumatically activated inflatable element prevents water ingress along the shaft, allowing for the repair of the main seal whilst at sea, or for the shaft to turn at a lower speed so the vessel can safely return to port for primary seal repair or replacement.

Craig Carter, Director of Marketing and Customer Service, Thordon Bearings, added: “As with all our seals and bearings, SeaThigor combines high performance with cost and environmental efficiency. We are witnessing increasing interest in seawater lubricated propeller shaft bearing systems and the SeaThigor is an important part of this. SeaThigor is now an integral part of our  COMPAC bearing system.”

Green4Sea Award winners are selected by way of an open, on-line voting process which allows all members of the global maritime community to choose those they feel deserve to receive the accolade. The winner will be the one who receives the most votes.

The shipping industry can cast its vote online at http://www.green4sea.com/2017-green4sea-awards until24th  of March 2017 .