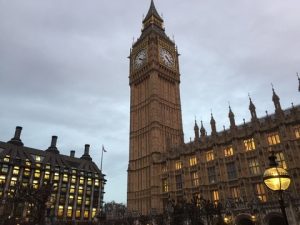 London has now had a direct taste of the type of terror attack that has struck many cities around the world in the last 12 months. The Westminster shock came exactly one year after a double atrocity which struck Zaventem airport and a metro station in Brussels. Nice, Berlin, Athens, Turkey and Middle East hotspots… these have served as warnings.

Although a first assessment was that there was only one attacker in the London horror, it was potent in its symbolism in occurring right at the heart of parliament and in the midst of a magnet area for tourism. It underlined that even lone attackers can wreak havoc, and that it is near-impossible to secure cities, airlines and other forms of transport against a determined adversary, whether or not that person is deranged in the common sense of the word.

The Metropolitan Police said that a major counter-terror operation was underway, “Looking forward, people of London will see extra police officers on our streets, and we could call on the support of military”.

In formal terms in the UK, the terror threat has been graded as at least ‘substantial’ (meaning that attack is a strong possibility) since MI5 began its alert system in 2008. Several separate plots have been uncovered as has been evidenced before the courts, and without a doubt the authorities are covertly on the trail of other miscreants.