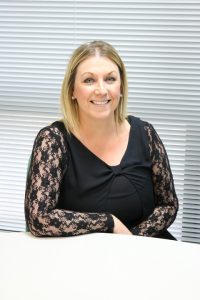 Scotland’s deepest container terminal expects to double its business in the next five years thanks to the opening of £400million ‘sister’ terminal – Liverpool2.

Owned by Peel Ports, Greenock Ocean Terminal – recognised across the world for its role in exporting goods including Scotch whisky and Scottish food stuffs – has projected that it will handle 200,000 TEU (twenty foot equivalent units) containers a year by 2021, representing a 100percent increase on today’s 100,000 units.

Andrew Hemphill, Port Director, Peel Ports’ Clydeport explains: “The opening of Liverpool2 has transformed the playing field for us, bringing deep-sea connections much closer to Scotland and we are now in a unique position thanks to our Irish Sea Hubs. Mega ocean container ships can now call directly into Liverpool, which acts as a feeder hub to us in Greenock, Ireland and Manchester, allowing closer import and export routes to market. 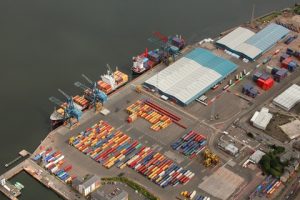 “It is a more commercially viable, sustainable way to move goods around by sea. Our connections will take traffic off of Britain’s already busy motorways and offer a cheaper more environmentally friendly method of transportation.

“Once news spreads about our new capabilities I expect shipping lines will see our Irish Sea Hub as an attractive alternative to the status quo.”

The destinations of the containers that already come through the port vary, with many making their way to various whisky bonds along the Scottish West Coast to be loaded and brought back to Greenock for shipment to the Americas.

Located on the Firth of Clyde, Greenock Ocean Terminal has been at the heart of Scotland’s shipping industry since 1876, with the container terminal officially opening in 1969. The 50 acre facility has evolved over time and recently invested £1.6million in straddle carrier to improve operations for its global customer base, with further investment planned.

Gillian Johnson officially joined the company in January 2017, bringing with her 25 years’ industry experience. Also the current chair of the Glasgow Freight Club, Gillian plans to challenge historic assumptions and encourage customers to take a good look at their existing supply chains to uncover time and cost savings.

Future plans include extending the quayside by 150metres to support larger vessels coming into Greenock. The site is also home to three iconic cranes that have become a key focal point in the Firth of Clyde’s skyline which have the ability to lift loads of up to 40tonnes and outreach across 13 containers.

Another of the Port’s key selling points for cargo owners is that it has 25,000m2 of modern multi-user warehousing and up to 80 reefer (refrigerated container) points.

Many of the Port’s customers use the facility to store imported and exported commodities as well as goods that have been unstuffed, in preparation for onward distribution.

Andrew adds: “All of these key investments give us the confidence to project such a bright future for Scotland’s export capabilities. It’s a very exciting time for us.”