Top Posts
Don’t take chances where your health is concerned…
Large Diameter Drilling to partner with DEME Offshore...
Cyprus Ship Management Round Table Webinar and Debate
Lady Moura up for sale… plus more
Will the dollar decline? The changing landscape of...
TSUNEISHI SHIPBUILDING collects actual operation data by IoS-OP
Deltamarin is proud to be a part of...
Damen launches RoPax 6716 for the Port Authority...
Hot Port News from GAC
Marketing in Maritime Returns for 2021
Clean product tanker rates on US bound trade...
Home HR North P&I Club says good on-board interest is vital to getting the right crew
HRManning - Seafarers and OffshoreP and I Clubs 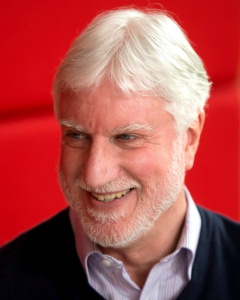 North P&I Club is encouraging its shipowner members to consider the importance of internet access on their ships to ensure they continue to attract, recruit and retain high quality crews. The issue of internet access, part of a campaign by North to help its members get the ‘right crew’, is detailed in the latest issue of the club’s loss prevention newsletter ‘Signals’.

‘Like most other people today, seafarers expect to have 24-hour, seven-day-a-week access to a good quality internet service,’ says head of loss prevention Tony Baker. ‘Engaging with friends and family and maintaining relationships via social media is now seen as the norm. In a competitive market for officers and crew, shipowners therefore need to do everything they can to provide good connectivity at sea.’

According to a 2016 survey by The Sustainable Shipping Initiative, provision of internet connectivity on board is a key welfare issue as it makes seafarers happier at sea. The Crew Connectivity 2015 survey report by Futurenautics Research also found 73% of seafarers say the level of on-board internet access influences which company they work for. Baker says, ‘the importance seafarers place on internet access, and how that affects their choice of employer, means shipowners should seriously consider whether they have good internet access on-board.’

North points out that the low speeds and high cost of on-board internet are still an issue. ‘But as satellite communications technology becomes more advanced and bandwidth limitations disappear, the cost of providing internet access at sea is becoming more affordable. Coverage, reliability and speeds are improving all the time.’ says Baker.

North says investing in suitable satellite systems should give shipowners a competitive edge in the seafarer recruitment market as well as ensuring their officers and crews are happier and more productive at sea. However, care must also be taken to ensure the security of ships’ systems as well as maintain healthy personal interactions between crew members.

‘An increase in online communications brings with it new risks,’ says Baker. ‘Viruses and malware are real problems and both shipowners and crews must play their part in preventing them. We support the maritime industry’s Be Cyber Aware At Sea campaign and have produced a range of posters for use on our members’ vessels. Increased connectivity can also lead to less interaction between seafarers while on board, potentially leaving them feeling more isolated. A balance is needed between the seafarer’s connection with the outside world and their connection with their fellow crew members.’