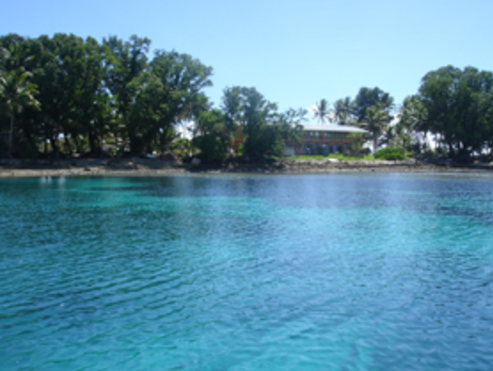 The selection of the SPC/SPREP consortium followed a competitive international tendering process. The MTCC-Pacific will form part of a global network of five centres, established under an ambitious project, funded by the European Union (EU) and implemented by IMO, to help mitigate the harmful effects of climate change.

The International Maritime Organization (IMO) has announced that the Pacific Community (SPC) has been selected to host the regional Maritime Technology Cooperation Centre (MTCC) for the Pacific region. SPC will host MTCC-Pacific in collaboration with the Secretariat of the Pacific Regional Environment Programme (SPREP).

The selection of the SPC/SPREP consortium followed a competitive international tendering process. The MTCC-Pacific will form part of a global network of five centres, established under an ambitious project, funded by the European Union (EU) and implemented by IMO, to help mitigate the harmful effects of climate change.

The regional MTCCs will deliver the agreed project milestones over a three-year period, making a significant contribution to IMO’s continuing, widespread efforts to ensure effective implementation and enforcement of the global energy-efficiency regulations for international shipping.

• improving capability in the region – by working with maritime administrations, port authorities, other relevant government departments and related shipping stakeholders to facilitate compliance with international regulations on energy efficiency for ships
• promoting the uptake of low-carbon technologies and operations in the maritime sector through pilot projects
• raising awareness about policies, strategies and measures for the reduction of ghg and other emissions from the maritime transport sector
• demonstrating a pilot-scale system for collecting data and reporting on ships’ fuel consumption to improve shipowners’ and maritime administrations’ understanding in this regard, and
• developing and implementing strategies to sustain the impact of MTCC results and activities beyond the project time-line.

SPC/SPREP consortium
Established in 1947, SPC is a scientific and technical organisation supporting development in the Pacific region. It combines a wide range of expertise and actions to address energy efficiency and shipping emissions in the context of mitigation of climate change impacts.

SPREP is an intergovernmental environmental organisation working in the Pacific. Establish in 1993, it promotes cooperation and provides assistance in order to protect but also to improve its environment to ensure sustainable development. Its work is focused on partnership with national, regional and international agencies to build capacity of Pacific islanders. SPREP is also the secretariat of the Waigani Convention and Noumea Convention.

Both SPC and SPREP have a track record in regional capacity-building activities related to maritime safety and security; trade facilitation and port efficiency; as well as the prevention of pollution from ships.

They have hosted different workshops and collaborated with IMO and other institutions, including United Nations Economic and Social Commission for Asia and the Pacific (ESCAP) and the World Bank.

MTCC-Pacific will be located at the office of the SPC Office in Nabua, Suva, Fiji, close to the city’s port and easily reached from Nausori Airport.